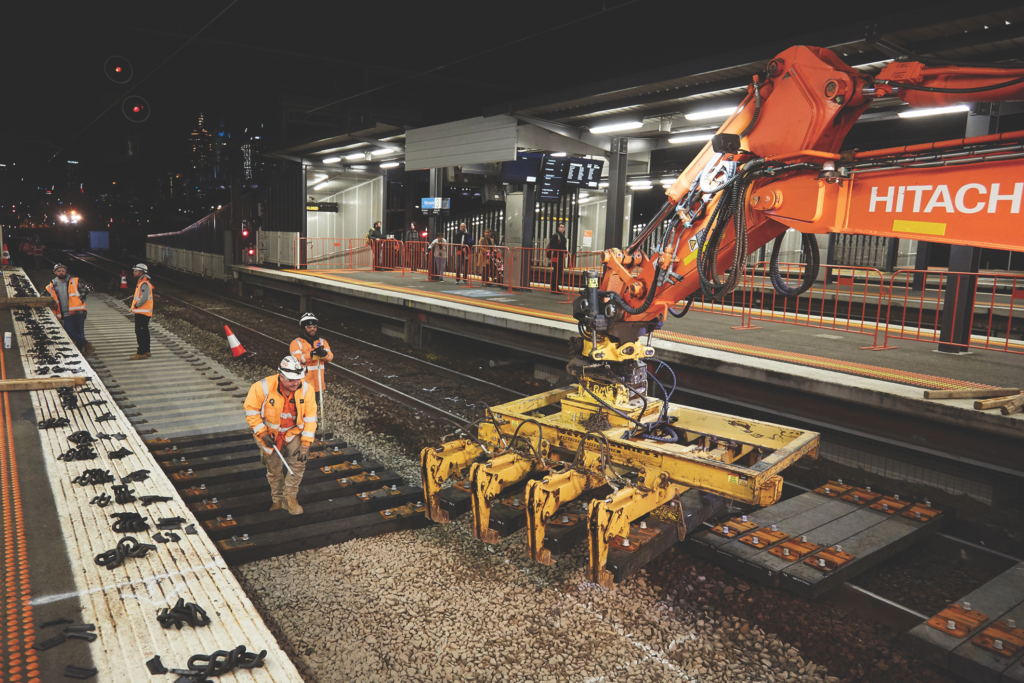 The Victorian Government is investing in innovative ways to use recycled materials, with discarded and used plastics being turned into railway sleepers.

The Integrated Recycling facility in Mildura, where Duratrack railway sleepers made from 85 per cent recycled plastic will be produced, has received $1.6 million to install a new production line that will process the sleepers as part of Recycling Modernisation Fund.

The sleepers require far less maintenance and have a lifespan of up to 50 years – three times longer than traditional timber sleepers. At the end of their lifetime the sleepers will be recycled into new sleepers, fulfilling the promise of a truly circular economy.

The sleepers reduce the need for timber resources and reduce concrete production (the second-largest carbon emitter in the world).

The project will allow Integrated Recycling to process 1600 more tonnes of plastic and produce up to 35,000 Duratrack railway sleepers each year while creating 18 new full-time jobs.

Integrated Recycling combines plastics previously used for agricultural and industrial purposes and other polyethylene-based plastics with other waste materials to make their products.

“Transforming plastic waste into railway sleepers is a great example of the innovation we are encouraging in our waste and recycling industries,” she said.

This follows the use of recycled plastics from kerbside waste to create tram stops throughout Melbourne, which was announced in October 2021.