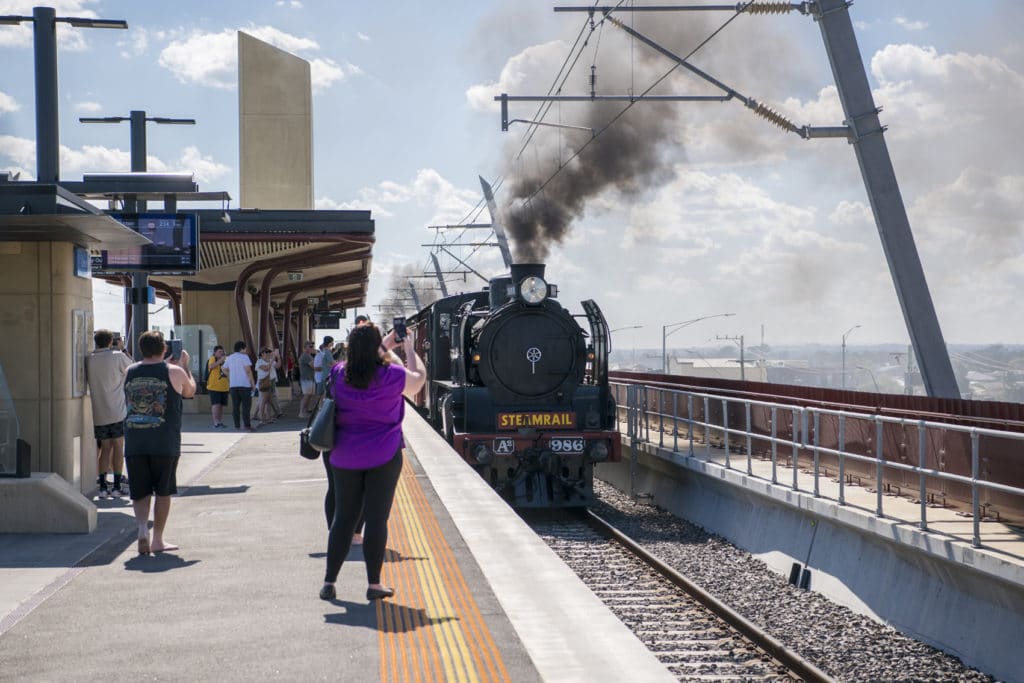 While trains have been stopping at Melbourne’s new Edithvale, Chelsea and Bonbeach stations since November 2021, commuters were treated to a very different kind of train service last weekend.

The rarity of these tours wasn’t lost on the local community, with hundreds stopping by the stations to catch a glimpse of a historical steam train chug through the modern surroundings.

This was the first-time steam trains have run through the new stations after the removal of five dangerous and congested level crossings from the three bayside suburbs.

The steam trains also stopped at Carrum Station for a photo opportunity on top of the elevated rail with spectacular views of Port Phillip Bay, Mornington Peninsula, the Dandenong Ranges, and Melbourne CBD.

The boom gates at Edithvale, Chelsea and Bonbeach had previously been down for up to 40 per cent of the morning peak, causing delays for commuters including drivers, cyclists and pedestrians.

Crews are still busy adding the finishing touches to the three new station precincts. The works include building the new Chelsea pedestrian bridge, creating 11 kilometres of walking and cycling paths between Edithvale and Frankston, extensive landscaping and car park works.

On behalf of the Victorian Government, the Level Crossing Removal Project is removing 20 dangerous and congested level crossings and building 13 new stations by 2025 as part of a $4 billion upgrade of the Frankston Line.