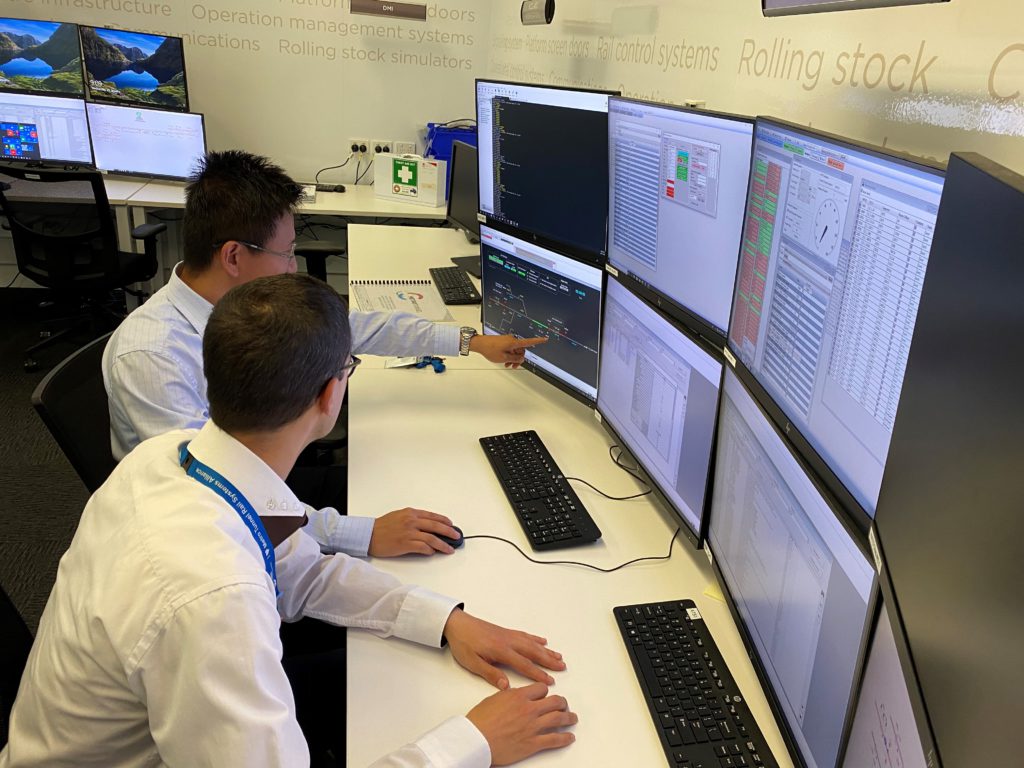 High capacity signalling is expected to yield improvements to the Melbourne metropolitan network.

REVOLUTIONARY signalling and technology upgrades being rolled out on Melbourne’s metropolitan network are the result of thousands of hours of work, across eight years, involving hundreds of people.

Installing high capacity signalling, as part of the city-shaping Metro Tunnel project, is to revolutionise metropolitan travel by running more trains to run together, more often.

This work is being delivered by the Rail Systems Alliance – responsible for the project’s signalling and technology “brains”.

“After design and testing, we’ve spent time in our Bourke Street laboratory … we’ve then taken that same software into the environment in the field and then we’ve moved onto moving trains in that environment,” Morison said.

“The moving parts includes the train, at least two drivers, a control centre – that requires two operators – testing and commissioning staff and safe working staff too ensuring everything is controlled and safe.”

Morison said the new system’s testing regime – which will include testing Melbourne’s bigger, more modern trains on the Mernda Line in late 2021 – was rigorous.

“There’s been over eight years involved to get to this point,” he said.

“Many, many hundreds of people, many tens of thousands of hours of thinking, writing doing before we’re able to undertake the testing that proves these trains are ready for the Metro Tunnel and all the benefits that brings to Melbourne.

“High Capacity Signalling fundamentally changes how we enable a turn-up-and-go system that revolutionises the metropolitan railway in Melbourne, how we run trains, how people experience those trains and the level of service we’re able to provide to the public.”

How does HCS work?

High capacity signalling is a new hi-tech ‘moving block’ signalling system that enables trains to automatically adjust their speed to maintain a safe distance from the train in front.

This replaces the current conventional ‘fixed block’ system, which uses coloured signals to indicate when it is safe for a train to proceed.

To visualise how it works, imagine driving on a freeway.

Adaptive cruise control adjusts the vehicle speed according to the distance from the car ahead to help the driver travel more safely.

Under the control of train drivers, High Capacity Signalling works in a similar way by communicating wirelessly between trains and a control centre.