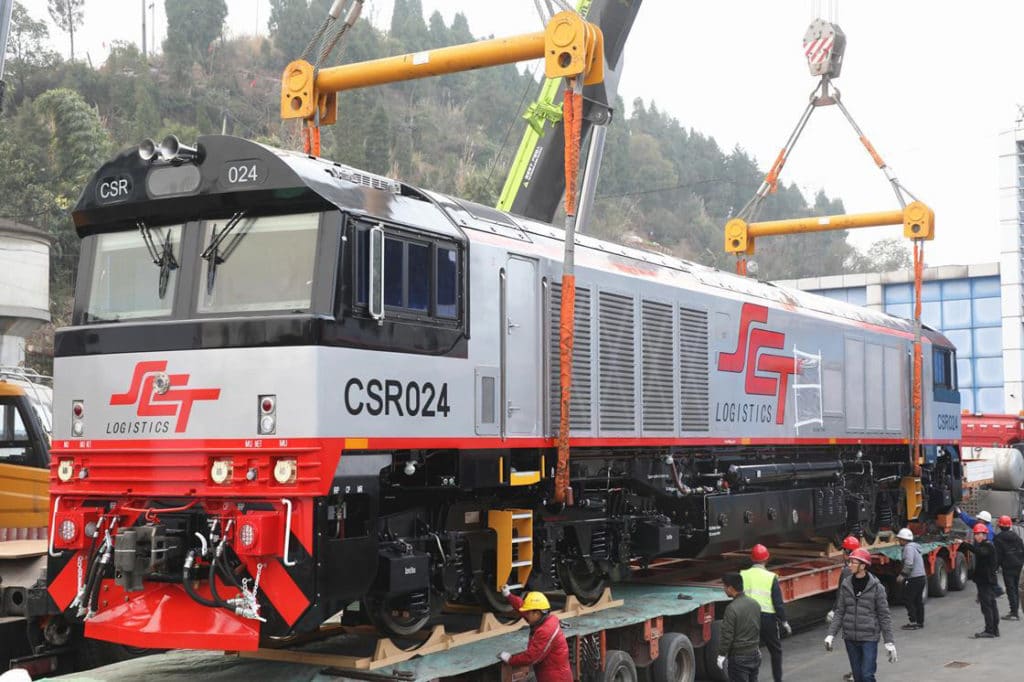 Since 2021, CRRC Ziyang has supplied 12 second-generation SDA1 locomotives to SCT Logistics, which are used for bulk cargo and container transport. The current order is the third SDA1 contract signed between CRRC Ziyang and SCT since 2010, with the first batch comprising six first-generation SDA1s delivered to Australia in 2011.

The second-generation SDA1s come with an optimised ventilation systems and higher maintainability, delivering greater comfort to the driver while significantly improving the overall performance of the units.

The arrival of the four new locomotives will bring the total number of SDA1s operating in Australia to 30, with the first unit having achieved the milestone of a million kilometres of mileage so far.

Equipped with a suite of state-of-the-art technologies including Insulated Gate Bipolar Transistors (IGBT) propulsion systems,  microcomputer control systems, FastBrake Electronic Air Brakes and more, the SDA1s mark one of the greatest technological innovations of CRRC, which allows considerable savings in energy consumption and lowers the operating costs without compromising horsepower and haulage capacity.

Fast, safe, and energy-efficient, it is designed and built in line with a range of international emission standards such as the European Union’s Stage III, AAR, and Australia’s UIC.

The units house some of CRRC’s latest innovations in locomotives, tailored to the characteristics of Australia’s railway system as well as local environments. With its expertise in locomotive technology, CRRC hopes to bring more high quality, high-performance products to Australian companies and users in the future.