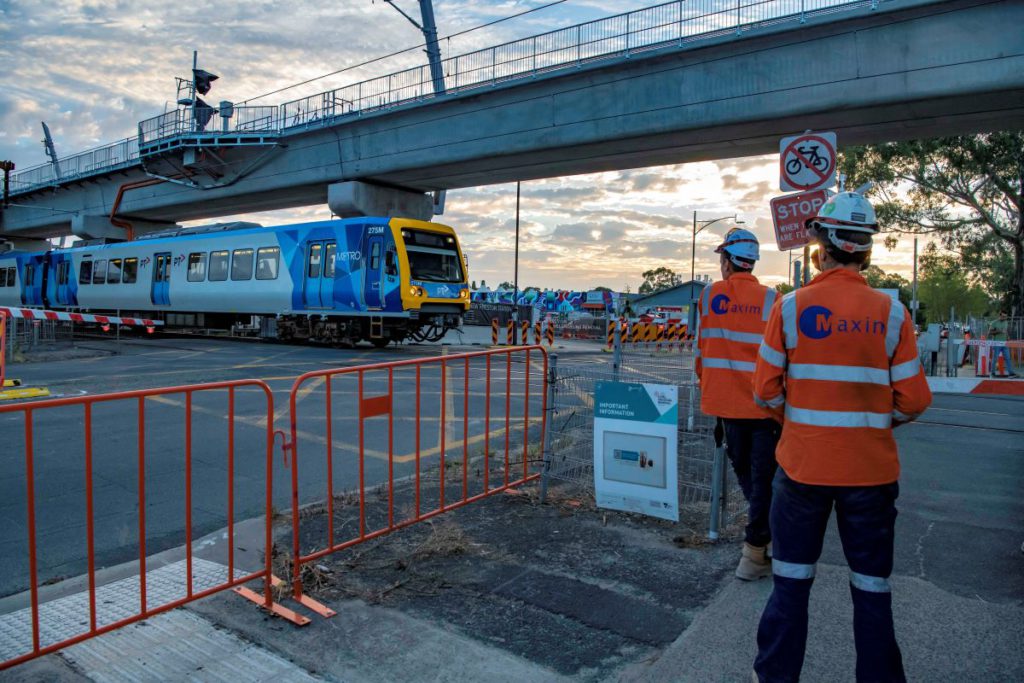 Four level crossings in the Melbourne suburb of Preston will be gone for good next month, with trains set to run on a new elevated rail bridge along the Mernda line in May.

The level crossings at Oakover Road, Bell Street, Cramer Street and Murray Road will be removed, improving safety and easing congestion for the 82,000 vehicles passing through the intersections each day.

These works will also make Bell Street boom gate-free, boosting safety for motorists. Previously, boom gates were down for up to 40 per cent of the morning peak.

The four level crossings are being removed by building elevated rail, with one side of the track now complete. Raising the Mernda line over the roads will make room for new playgrounds, and a shared walking and cycling path to connect the new Preston and Bell stations. The open space underneath the elevated rail line will open to the community next year.

“We’ve smashed our level crossings target – with 59 gone for good – and these four are next, freeing up traffic, delivering more open space and slashing travel times,” he said.

“Bell Street is one of Melbourne’s most congested level crossing and it’s great to see so much progress on site to get rid of it for good – improving safety, keeping cars moving and freeing up traffic,” she said.

The Victorian Government is getting rid of 85 level crossings by 2025, with 59 already gone for good.