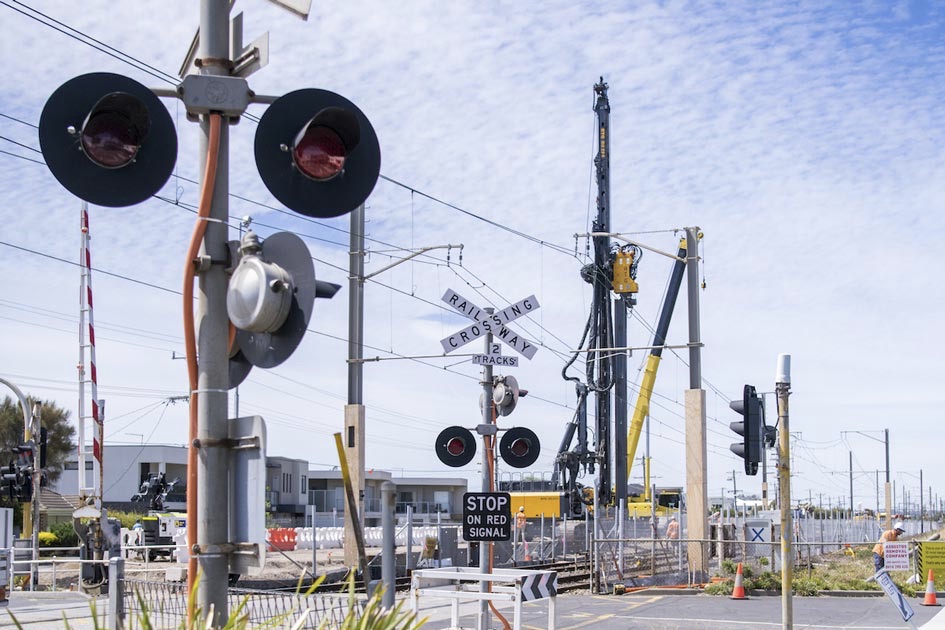 Interaction between road and rail will be reduced, thanks to the demolition of four level crossings in the Preston area.

Level crossings at Oakover Road, Bell Street, Cramer Street and Murray Road in Preston will be gone by the end of 2022, with new stations at Bell and Preston and significant new open space under the rail bridge ready for the community to enjoy in 2023.

The project is set to benefit more than 82,000 motorists who pass through these level crossings on the Mernda line every day – with the boom gates down for up to 40 per cent of the morning peak, and will make Bell Street – one of Melbourne’s busiest arterial roads – completely level crossing free.

With the contract for major construction at Preston awarded at the end of last year, work on the project will ramp up this weekend as buses replace trains between Clifton Hill and Reservoir on the Mernda line.

During construction, disruptions to train services on the Mernda line will be minimal, with the rail line not closing for more than 12 consecutive days at a time – ensuring trains can continue to access the Epping train maintenance facility, which is critical for the smooth running of the wider rail network.

The two new modern stations at Bell and Preston will rejuvenate the station precincts for locals and create safer and more direct links between public transport, local shops and parking – with the community encouraged to have their say on the new open space the project will create through the Preston Open Space Advisory Panel.

In the south-east, work is ramping up on the Pakenham line, with major construction underway to remove level crossings in Dandenong, Hallam, Berwick, and work fast tracked on the removal of three more sets of boom gates at Pakenham – where new stations will also be built at Pakenham and Pakenham East.

Construction on the Cranbourne Line Upgrade is making great progress, with work underway to duplicate eight kilometres of track between Dandenong and Cranbourne, remove the last four remaining level crossings between Cranbourne and the city, and build a new station at Merinda Park in Lyndhurst.

The project is reported to be on track to remove 75 level crossings by 2025.

“Bell Street takes more cars than any other level crossing in Melbourne, and by 2022 it will be crossing-free,” said transport infrastructure minister Jacinta Allan.

Member for Northcote Kat Theophanous said it was “exciting to see work ramping up on this incredible project that will transform the area and make our suburbs safer – whether you’re driving, on public transport or walking across the rail line”.