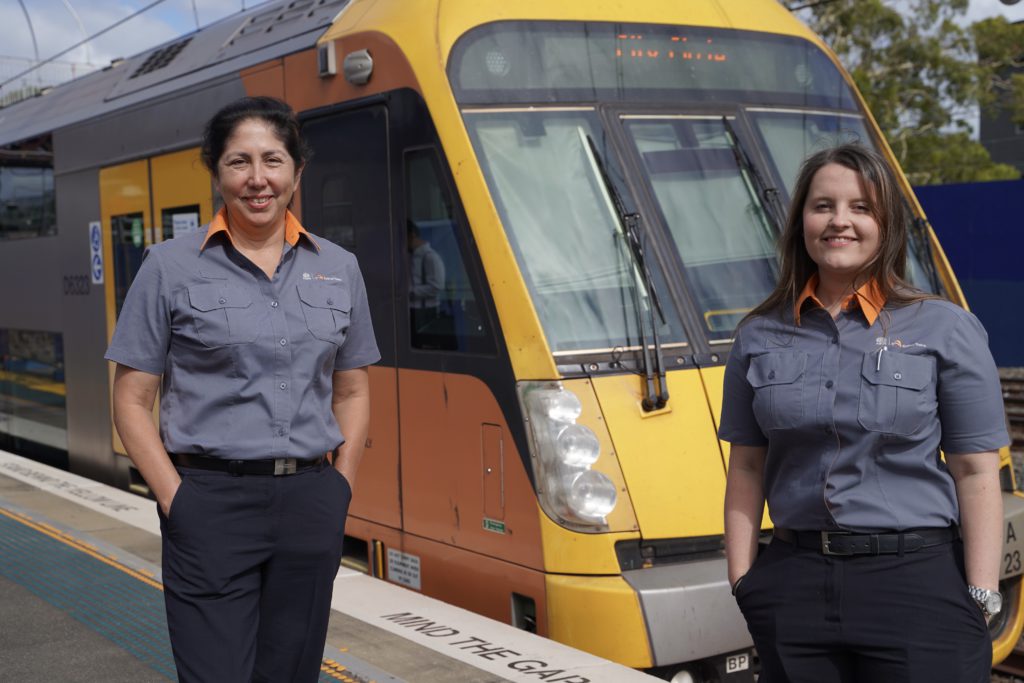 Airline crew who were stood down from their roles due to the COVID-19 pandemic are now getting in the drivers cabin and serving customers with Sydney Trains.

Three former QANTAS and Tiger Airways pilots have begun the intensive 12-month training process to drive trains on the Sydney network. A dozen former cabin crew have also found roles as customer service attendants, assisting passengers to get to their destination.

Sydney Trains acting chief executive Suzanne Holden, who herself has a background in the aviation sector, said there were many parallels between the two industries.

“Moving our customers safely and looking after their needs is at the heart of everything we do and airline staff come with that same commitment,” she said.

“Pilots also have an advantage when it comes to learning on the job given there are many similarities between flying a plane and driving a train.”

Former Tiger Air pilot Janina Brown said that the similarities were even felt at the training level.

“The training simulators we’ve been in at Sydney Trains are similar to the ‘flat panel’ sims in aviation. They are a great learning tool.”

Meghan O’Leary, who piloted her last flight in April for Tiger Air, said that her roles in aviation and rail share common underlying principles.

“They are both safety critical roles and have the same priorities to operate safely and in accordance with specific operating procedures to ensure passengers arrive safely and on time,” she said.

NSW Minister for Transport Andrew Constance said that transport workers would continue to get people to their destination.

“It is great to know that the people of NSW continue to be in safe hands with thousands of transport workers out there doing their bit to get people where they need to go.”