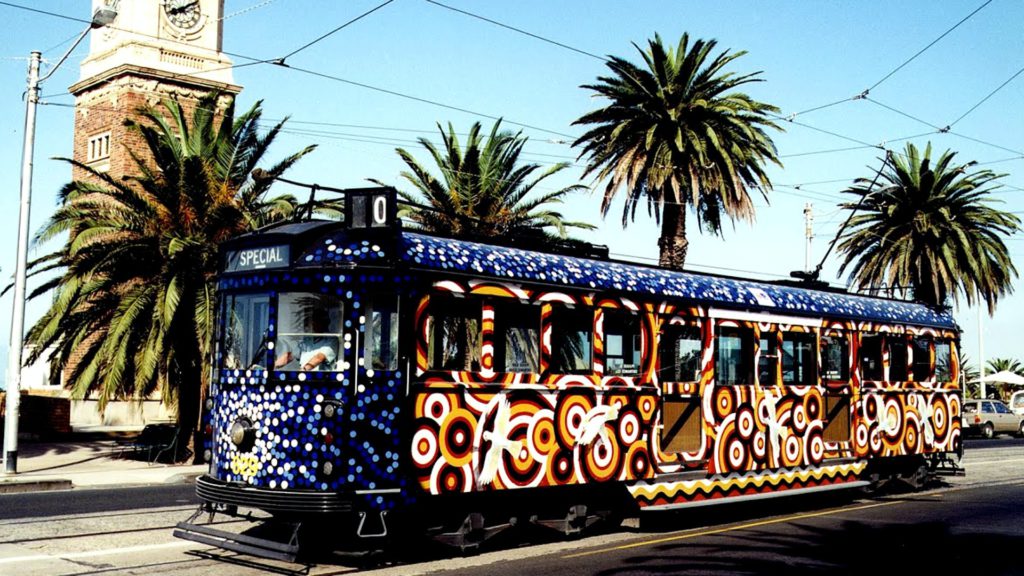 The Victorian Government is celebrating First Peoples artists by turning Melbourne trams into travelling canvases, providing inspiring and accessible art for all Victorians.

Presented by RISING festival, this year’s Melbourne Art Tram initiative will see the festival’s theme “Unapologetically Blak” come to life across six trams, with works from celebrated First Peoples artists past and present.

Featuring the work of trailblazing Yorta Yorta activist and artist, the late Lin Onus, the first tram to hit the tracks is a reimagining of Onus’s 1991 tram artwork.

The RISING curatorial team has reinstalled the tram artwork under the guidance of the artist’s son, Tiriki Onus.

The tram is adorned with black and white cockatoos and First Peoples cultural markings referencing Country. Lin Onus, who sadly passed away in 1996, made a significant impact on First Peoples art and culture in Australia.

The Art Trams will ride Melbourne’s network for 12 months and travellers will be able to learn more about the works and artists en route via QR codes.

For more information on the artworks, artists and tram routes, visit rising.melbourne.