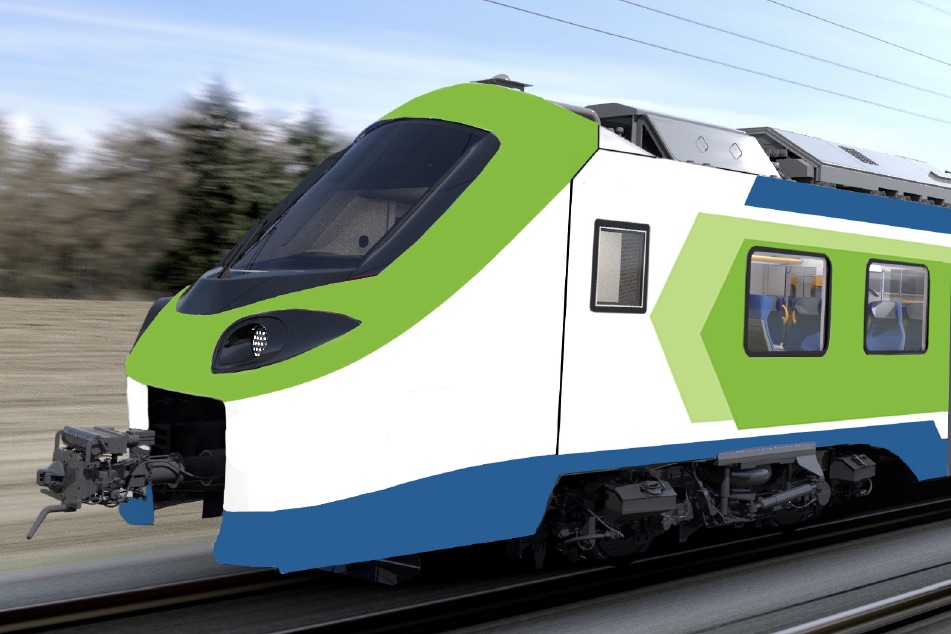 The six hydrogen trains on order, with an option for eight more, will provide services to FNM’s network in northern Italy and is worth approximately €160 million ($259m).

The trains will be manufactured by Alstom in Italy, with project development, manufacturing and certification carried out in Savigliano and on-board signalling delivered by teams based in Bologna.

“We are immensely proud to be introducing hydrogen train technology to Italy, and we recognise the trust placed in us by our Italian customer,” he said.

“These trains, together with the Coradia iLint that have already proven themselves in commercial service in Germany, represent another major step in the transition towards global sustainable transport systems.”

Alstom’s Coradia iLint has already been in passenger service in Germany and the Netherlands, with trials conducted in Austria.

The Italian order follows the announcement that Deutsche Bahn will trial a new hydrogen regional train and fuelling station, in partnership with Siemens Mobility.

The project comprises newly designed train and specially-developed refuelling and maintenance infrastructure. The project will involve a trial in 2024 in the region around the city of Tübingen, where a diesel-powered service between Tübingen, Horb, and Pforzheim will be replaced by the hydrogen train.

Deutsche Bahn will develop the fuelling station to refill the train in the same amount of time as a diesel-powered train. Hydrogen will be generated on site using renewable electricity.

A maintenance shop in Ulm will be retrofitted to accommodate the new train.

The project is part of Deutsche Bahn’s aim to become climate neutral and replacing a diesel railcar with a zero-emissions hydrogen train will save roughly 330 tonnes of CO2 a year. With 1,300 diesel-powered trains running across the 40 per cent of Deutsche Bahn’s network that is unelectrified, hydrogen will be one technology to reach carbon neutrality, said Sabina Jeschke, Deutsche Bahn board member for digitalisation and technology.

“This project proves that Deutsche Bahn is not just a mobility company, but a technology group as well. We need to bring our fossil fuel consumption down to zero. Only then can DB be climate-neutral by 2050. By that point, we won’t have a single diesel-powered train operating in our fleet.”