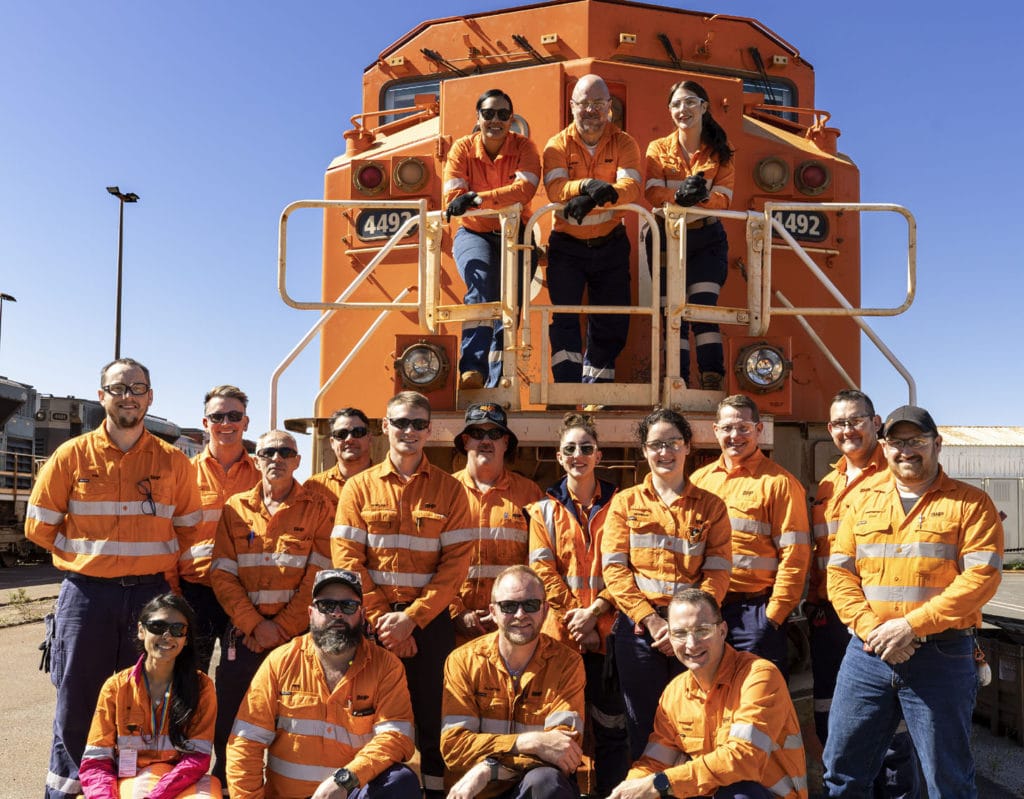 BHP is investing $20 million in the academy program, which aims to employ and train 200 new train drivers over three years. BHP welcomed the first recruits – the new graduates – into the academy in August last year.

BHP WA Iron Ore Asset president Brandon Craig said through the investment in the academy, the company hopes to ease the squeeze of rail driver availability in WA and create new pathways for people to join our team and pursue a rewarding career in mining.

“Through the academy, we can make our business and the mining sector more resilient, create training and job opportunities in regional WA, and continue to deliver value to communities and the economy,” he said.

More than 70 per cent of the 60 trainee drivers are women and about 20 per cent are indigenous, as BHP works to increase diversity and strengthen the capability of its workforce.

The academy recruits have a range of life skills and experiences, including former Uber drivers, ex-military personnel and mums looking for a career change after raising children.

After undergoing a 10-month intensive program at BHP’s Port Hedland and Newman operations, the graduates will receive nationally recognised qualifications in a Certificate IV Train Driving.

They will join BHP’s experienced team of drivers responsible for operating the company’s WA iron ore train fleet of more than 180 locomotives, which deliver ore across more than 1000 kilometres of track from its Pilbara mines to Port Hedland for export.