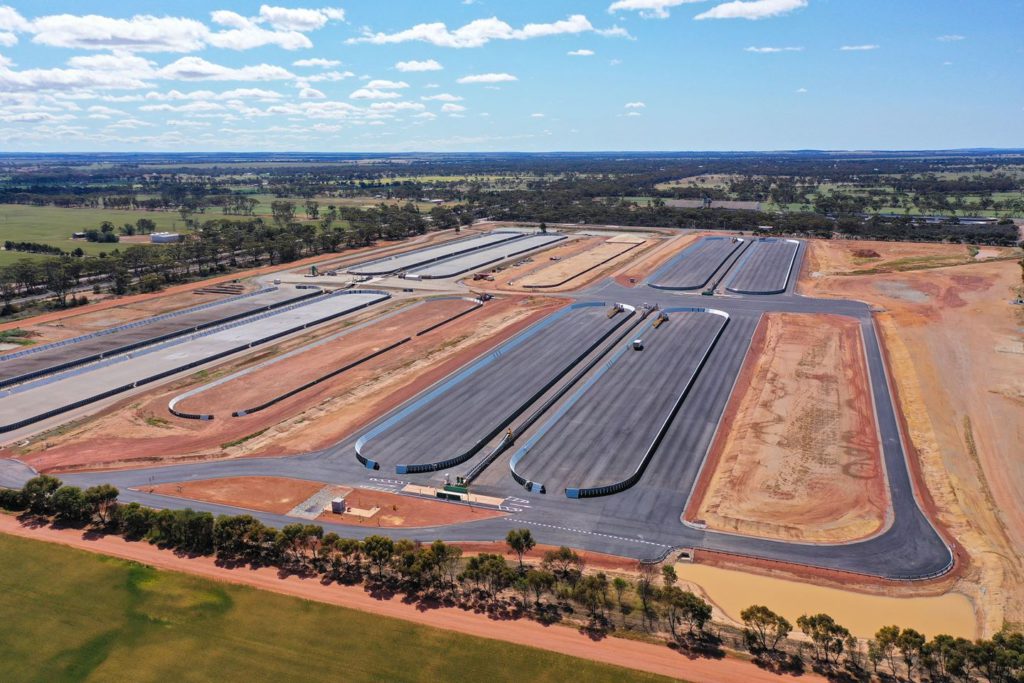 WA grain authority CBH is advancing works at the rapid rail outloading and rail siding extension in the Wheatbelt siding of Moora, as the bulk handler plans to get more tonnes to port quicker through its outloading projects.

The network currently has the ability to move an average of 1.6 million tonnes of grain to port per month.

With the increasing crop size and changing harvest demands, including greater shipping demands in the first half of the year, this needs to be raised to about 2.2mt per month by 2030.

According to CBH network planning manager Mat Pullen, rapid rail outloading projects will increase the steady state throughput of the supply chain and “crucially build in agility to sprint and catch up when disruptions to out-loading occur”.

Moora is the most advanced out of four planned rapid rail projects, with Brookton, Cranbrook and Broomehill also selected for these  developments.

There are two main aspects to the Moora rapid rail outloading project: the rapid rail loading facility and the rail siding extension.

The loading facility will consist of six 1100t V-Bottom Silos, two 6000t campaign silos, a batch weigher and road grid, which is able to load trains at a rate of 1500t per hour.

A key to the project is the 1.2 kilometre rail siding extension, which is adjacent to the main line and the bulk heads that are on the site.

This will enable 66 wagons to be filled, without having to split the train up.

“At the moment, it takes around eleven hours to load and shunt a train but when the new facility is up and running, this can be done as quickly as three hours,” Pullen said.

“This delivers significant benefits to the entire network and all growers, not just Moora and surrounds.”

Execution engineering and design for the civil earthworks, drainage and rail trackwork is 85% complete with the Fixed Rail Loading Facility 70% complete.

Environmental approvals have been submitted to the regulators, with the plan to support the project’s forecasted “breaking ground” this month.

“Construction will not impact this year’s harvest,” Pullen said.

“All going to plan, we intend to start commissioning the project in mid to late 2022, ready to outload the 2022/23 harvest.”

This investment in rail by CBH has attracted State Government funding as a high priority project, identified through the Revitalising Agricultural Region Freight (RARF) strategy.

The State Government recognised the importance of these regional infrastructure assets and has committed to fund $22 million to extend and improve the rail siding on all four projects.

CBH is planning to invest approximately $80m over the four projects, with the amount to be spent at each site dependent on the configuration of the rail loading facility and associated storage cells.