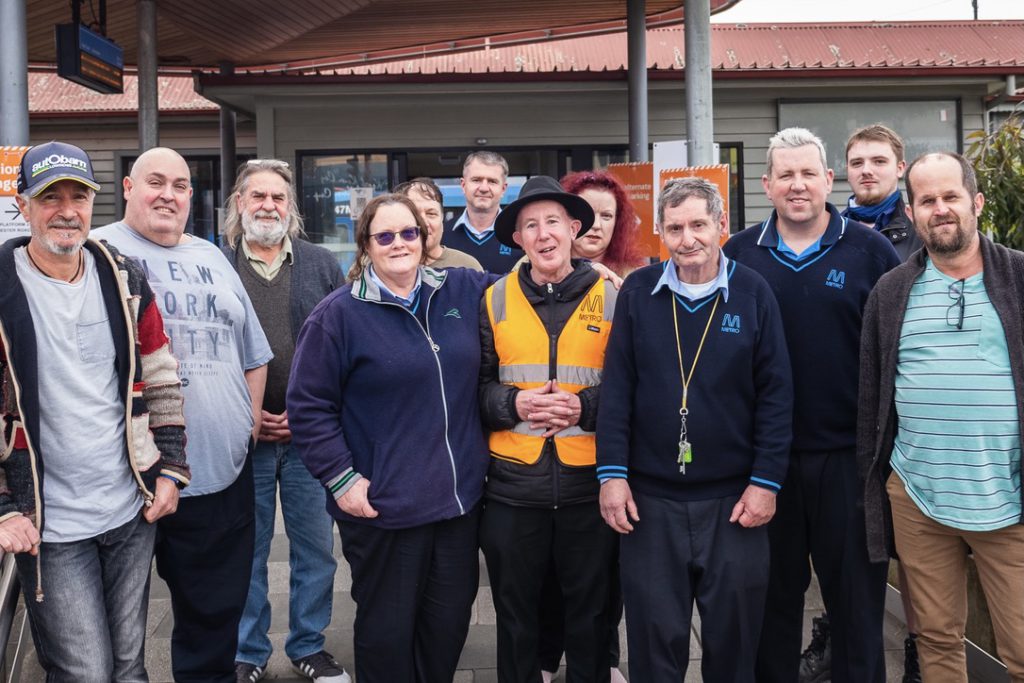 Metro station stalwart Felix Tabone has hung up his hat for the final time, after working for the rail service for the past 50 years.

Starting on the railways as a 17-year-old, Tabone spent his entire career working at Melbourne’s Lilydale, Croydon and Mooroolbark stations, ensuring the lines ran smoothly in rain, hail or shine.

On Friday, July 16, he worked his final shift for Metro at his beloved Mooroolbark Station, the same day the site was closed for the start of demolition works aimed at ushering in a new era of train travel in the city’s north-east.

In its place will be a new station built as part of the Level Crossing Removal Project, which will feature a new elevated rail bridge to remove the dangerous and congested level crossing at Manchester Road.

Indeed, the new station will be a fitting legacy of Tabone’s decades of service to Melbourne’s commuters.

As much a local legend as the Mooroolbark station itself, Tabone said train technology had changed vastly during his career.

“Things have changed a lot since I started back in 1971. The technology has moved on so much,” he said.

“Back then, we had kerosene-powered signals. I used to go out every second day and clean all the signals lenses and fill up the kerosene fonts. Today they have all been replaced with a modern signalling system.”

Tabone reflected on how trains used to be moved from one track to another.

“I’d have to go out and physically shunt the points with a lever. It was hard work, and took a bit of muscle, you had to be alert and responsible,” he said.

“Once we were moving a train to the yards during an electrical storm, and lightning hit the wires overhead. I watched the sparkles run down the wires and hit the train. No one was hurt, but we had to tow it away to be repaired.

”These days we have automatic track control, which makes things much easier.”

He also had an affection for the old ‘red rattlers’.

“I loved the drumming noise they made when they got up to speed,” he said.

The revamped Mooroolbark Station will open to passengers on Monday 25 October and will have improved accessibility and better connections to local bus services.

A new car park with more than 900 spaces is currently under construction and is set to open next year.

This work will also benefit the 24,000 vehicles which use the crossing each day, and will lay the groundwork for further line upgrades, including the duplication of sections of the Lilydale Line and a potential new station between Mooroolbark and Lilydale.