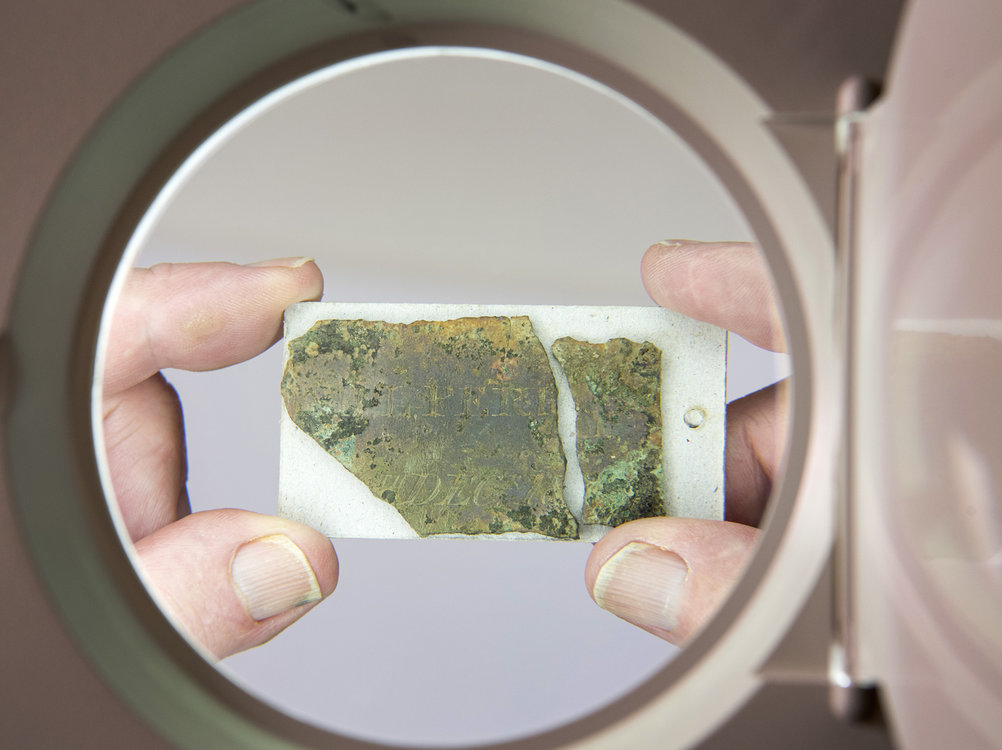 A search is underway for the descendants of two colonial Sydney families after a 181-year-old family burial vault was discovered at Central Station.

The Perry and Ham family vault, which contained 11 graves, was uncovered during excavations for the new metro platforms at Central Station.

The three name plates from the family burial vault date back to as early as 1840 and provides an insight into early settlement of the area and burial practices in colonial Sydney.

Since uncovering the artefacts in 2019, work has been underway to determine the identities using photographic modelling and cross-referencing burial records.

This is the second grave with a legible nameplate to be uncovered during construction work on the new Sydney Metro platforms.

In 2019, a search uncovered a number of descendants of Joseph Thompson whose nameplate dating back to 1858 was identified during Central excavations.

Mr Thompson’s remains will be reinterred at a ceremony with the descendants later this year at Eastern Suburbs Memorial Park.

The Central Station site was once the Devonshire Street Cemetery, which was closed in 1867.

Despite most of the graves being removed prior to the construction of Central Station in 1901, more than 60 graves and five vaults have been discovered.

Central is undergoing its biggest upgrade in decades, with new metro platforms being built 27 metres underground and the delivery of Central Walk – a new underground concourse making it easier for customers to connect between light rail, suburban and inter-city trains, the new Sydney Metro and buses.

Central Walk is expected to be completed in 2022 and will open to customers while Sydney Metro construction continues, with metro rail services between Bankstown and Chatswood starting in 2024.

Any relatives or descendants of the Perry or Ham families are invited to make contact with Sydney Metro team for further information by emailing sydneymetro@transport.nsw.gov.au