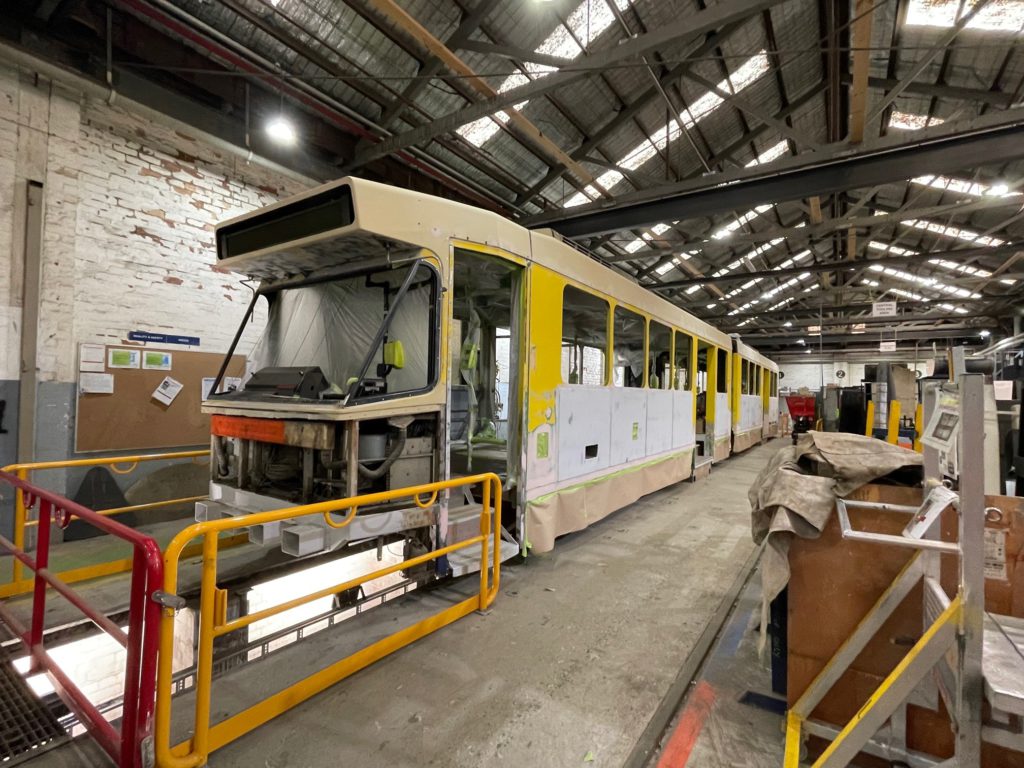 Yarra Trams and Downer have finished work on the 250th refurbished tram to the world’s largest tram network as part of a major Victorian Government initiative supporting more than 130 jobs.

The refurbishment works are part of the $230 million Rolling Stock Additional Works (RSAW) project delivered by Downer’s team at the East Preston tram workshop. Up to 14 trams at a time undergo complex life extensions, refurbishment, deep cleans, overhauls, and system upgrades. The project commenced in 2018 and is expected to have overhauled and refurbished nearly 450 trams when it completes in 2024.

The 250th tram to go through the program was a B-class tram 2108 that was built in 1993 and has travelled about 1.7 million kilometres around Melbourne’s city streets over 28 years – the equivalent of two and a quarter trips to the moon and back.

Senior executives from the Department of Transport and Yarra Trams recently visited the East Preston depot to meet some of Downer’s skilled team working to refurbish more than 85% of Yarra Trams’ fleet, and view the work done on the 250th tram to pass through the RSAW project. The project’s workforce and management team have been drawn from rail, automotive, and defence industry backgrounds, with several staff having re-trained after retrenchment from the automotive sector. There are also five apprentices learning their trade as part of this project.

The project incorporates major overhauls of the high-floor tram fleet to ensure they are fit for purpose, modernising or replacing critical subsystems including engine equipment, ventilation, doors, fleet visual refreshment works, development and integration of modern safety and comfort amenities, and rectifying any long-standing fleet issues.

Most visibly, where required, refurbished trams may also be decked out with newly upholstered seats, cleaner and easier to maintain floors, and a new coat of paint. 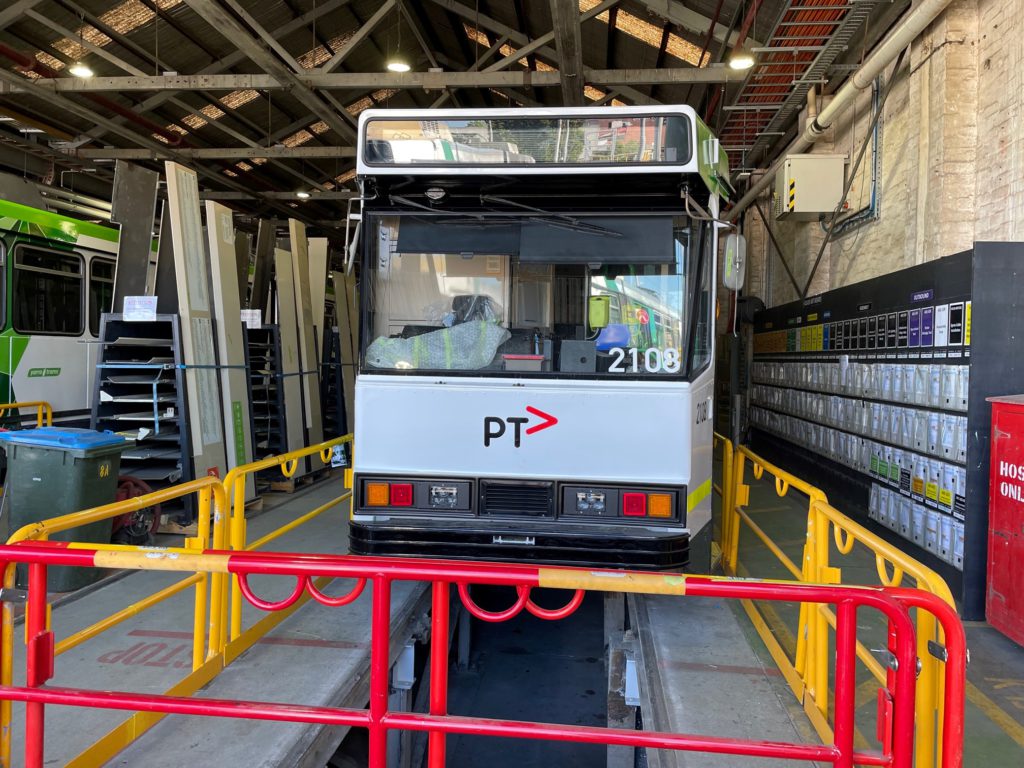 Yarra Trams’ Chief Executive Julien Dehornoy said the company had worked closely with the state government and Downer to deliver the project.

“Some of our Z, A, and B class trams have served Melbourne for more than 40 years, and this project makes sure that they feel as fresh as the day they were built as Melburnians get back to being Melburnians again,” he said.

“Trams that have been through this overhaul process are more comfortable and more reliable for our passengers, and are now fit to continue serving this wonderful city for years to come.”

The Chief Executive Officer of Downer, Grant Fenn, said this is the world’s largest tram life extension and refurbishment project.

“It is a testament to our skilled team of over 130 people at East Preston that we are able to refurbish and extend the life of the different types of trams across the fleet for the passengers of Melbourne,” he said.

Keolis Downer has been the operator of Melbourne’s tram network, Yarra Trams, since taking over in November 2009. Keolis Downer’s guiding principle is to ‘Think like a passenger’ and is focussed on delivering safe, reliable, clean, and easy-to-use services, while increasing the environmental, social, and economic contribution that Melbourne’s tram network makes to the city.

Melbourne has the largest tram network in the world, with more than 2700 employees and more than 500 trams serving 24 routes, 250 km of double track, and more than 200 million passengers per year (pre-COVID). It has been operating since 1885 and more than 90 per cent of the current network was built prior to 1940.