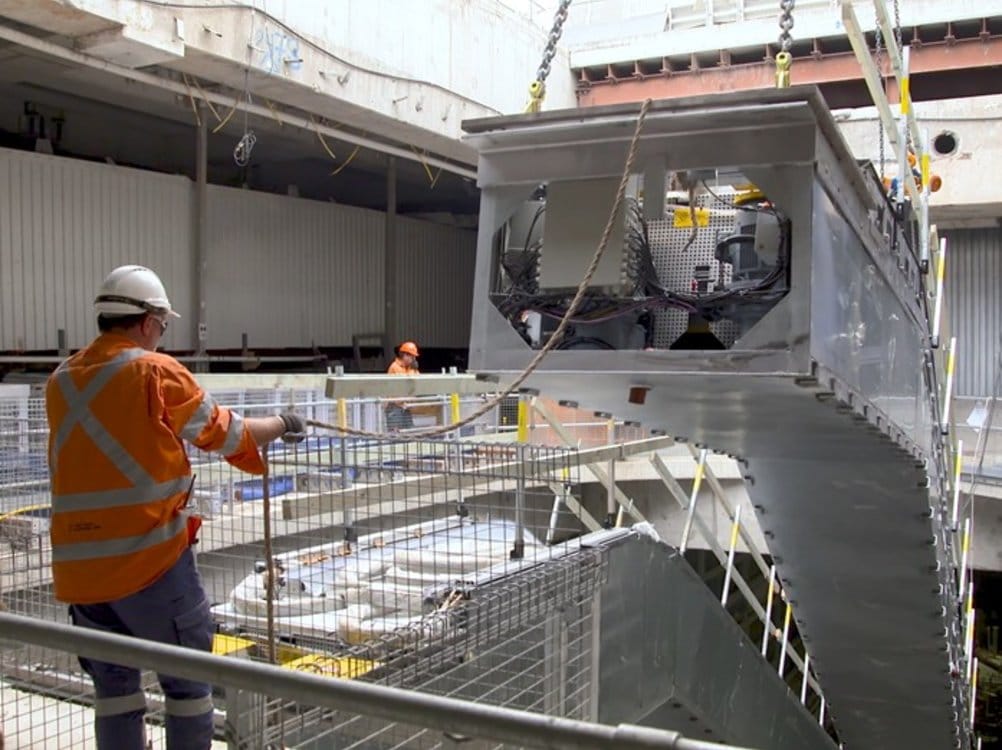 The metro platforms and new Central Walk in Sydney are taking shape 27 metres below the feet of the many customers who pass through Australia’s busiest train station every day.

The 80 metre long Central Walk concourse will be open by the end of the year, helping passengers easily navigate between different platforms and services.

Central Walk will connect people to suburban, intercity and regional rail services and light rail, and in 2024, metro services.

Metro platforms and tracks are now being built, and the station is starting to power up, with the installation of five new power transformers, which have enough energy to power more than 30,000 homes each year.

Customers have also started to take advantage of the new northern concourse.

The meticulously designed ceiling, which sits 16 metres above the station, has increased space and natural light to the northern end of the station.

Historical features of the station have also been revealed, including sandstone exteriors of heritage buildings that host Sydney Train officers and crew facilities which have been hidden for decades.

The Central Station metro project has reduced carbon emissions by 22 tonnes by using biodiesel where possible. 373,000 tonnes of material have been excavated, enough to fill 60 Olympic sized swimming pools. The excavated material is already being put to good use on other projects in greater Sydney, including as part of the Northern Road upgrade at Orchard Hills.

Platform screen doors are due to be installed along the 270-metre-long metro platforms in the coming months, ready for Sydney Metro City & Southwest services to begin in 2024.