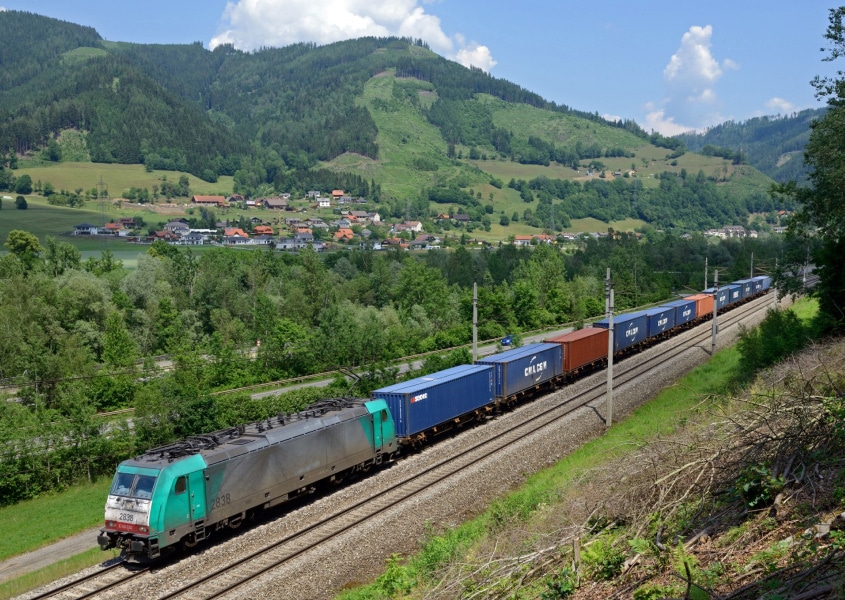 Speaking at the recent COP26 climate summit in Glasgow, Lineas director Geert Pauwels said train transport reduces CO2 output by up to nine times and removes many trucks from the roads, easing congestion.

“Trucks carry out 80 per cent of freight transport in Europe and contributes 20 per cent to European CO2 emissions,” he said.

“And emissions threaten to rise further because a 30 per cent increase in freight transport is expected in the next decade.”

For this to happen, Pauwels said rail carriers had to make products that would compete strongly against those that road transport offered. As well, infrastructure and flow management had to be improved so that trains can travel more easily through Europe.

“The third party that must play a role in realising the potential of rail transport is the government,” he said.

“Governments should ensure a level playing field in the transport sector and that the train is no longer at a disadvantage compared to the truck.

“They should also support innovations to modernise the sector. Broadly speaking, the train has remained the same in a hundred years.”

Pauwels called for a digital capacity management system to be used across all rail systems, and the introduction of a single digital platform for information exchange. He also wanted the removal of red tape which made cross-border integration difficult.

Looking to the future, he believed there would be a greater role for self-driving trains, which can be achieved with a digital, automatic coupling system.

“The process is currently still manual, which makes it time-consuming and not without danger,” he said.