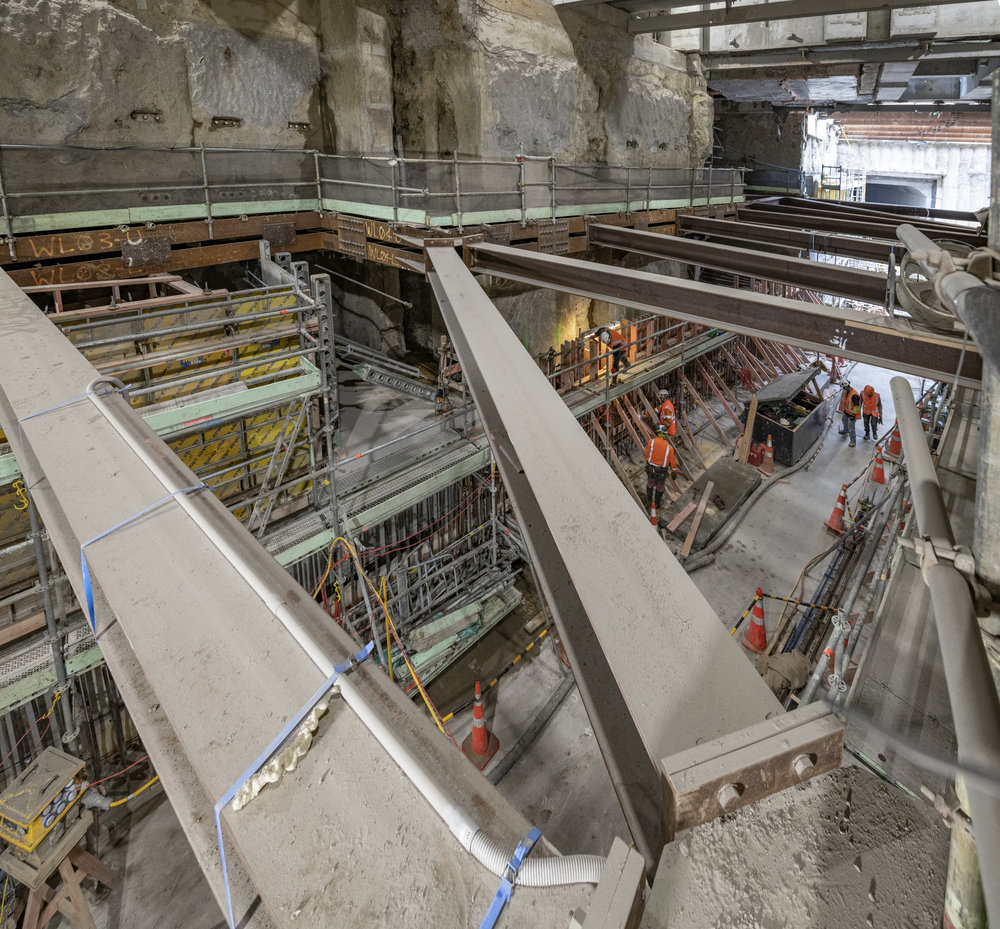 Work on one of the most complex engineering challenges undertaken in New Zealand has ended with completion of City Rail Link’s (CRL) C1 contract at Britomart Station.

C1 was one of the earliest contracts for New Zealand’s largest transport infrastructure project to revitalise the city’s rail network.

Critical to CRL’s success was turning the dead end Britomart Station in Auckland’s downtown into a two-way through station, with twin rail tunnels built in the basement of the city’s imposing and historic Chief Post Office (CPO).

Work began in 2016 when the CPO, the main entrance to the Britomart Station, was closed. CRL and its contractors, Downer NZ and Soletanche Bachy JV, built the tunnels in the 109-year-old heritage-listed building, across the lower end of Queen Street and below the Commercial Bay office and retail development to connect with CRL tunnels in Albert Street.

“Achieving all that required some astonishing engineering – we pushed accepted construction boundaries with some amazing innovative techniques,” Sweeney said.

The $4.4 billion CRL project connects Britomart and the Mt Eden Station on the Western Line with tunnels 3.45 kilometres long under central Auckland.

CRL is planned to finish in late 2024 and will double the number of people living within 30 minutes of travel of the central city with train services that will be more frequent and faster.

Trains back at Britomart