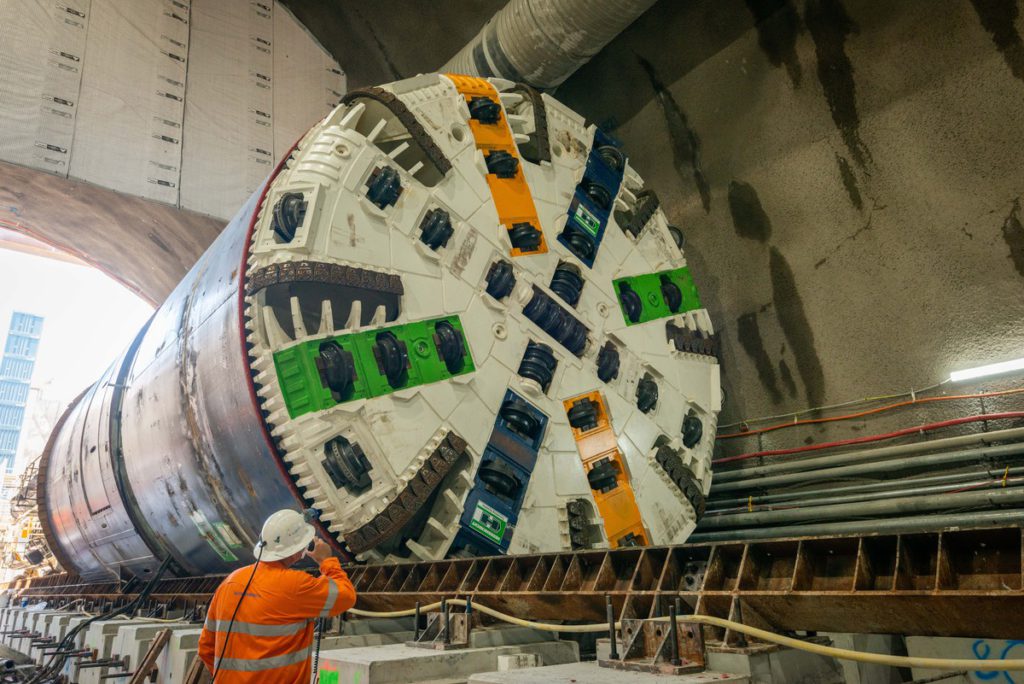 The first of Queensland’s Cross River Rail’s Tunnel Boring Machines (TBMs) has seen the daylight, for the first time in 10 months.

Praising the progress made on the transformational $5.4 billion project, Premier Annastacia Palaszczuk said it had been integral in delivering the state the 2032 Olympic Games.

“At the centre of this project is 5.9 kilometres of twin tunnels under the Brisbane CBD,” she said.

“To have one of two tunnels already complete is a great coup.

“We’re investing in major infrastructure projects like this one to create jobs, ease congestion and plan for the future.

“Cross River Rail will take thousands of cars off the road throughout southeast Queensland and will make it quicker and easier to commute in the River City.”

Deputy Premier Steven Miles said the significance of the 1350 tonne TBM Else’s breakthrough at the project’s northern portal today could not be understated.

“TBM Else has tunnelled 3.8 kilometres from Woolloongabba, under the Brisbane River, to Albert Street and then onto Roma Street to emerge here at Cross River Rail’s Northern Portal,” he said.

“By unlocking the congested inner city rail network, Cross River Rail will transform how we travel throughout South Eastern Queensland.

“This tunnel will service new stations being built in more convenient locations, including the Brisbane CBD’s first new station in more than a century.

“It will mean quicker journeys and help ease congestion on our roads.”

Transport and Main Roads Minister Mark Bailey said the milestone marked the end of the tunnelling for TBM Else – named after trailblazing engineer Professor Else Shepherd AM.

“TBM Else will be disassembled and then lifted out of the northern portal piece-by-piece by the same 280-tonne gantry crane that lowered her into the Woolloongabba station box.

“Else has done a huge job excavating 155,000 cubic metres of tunnel, the equivalent of 62 Olympic swimming pools.