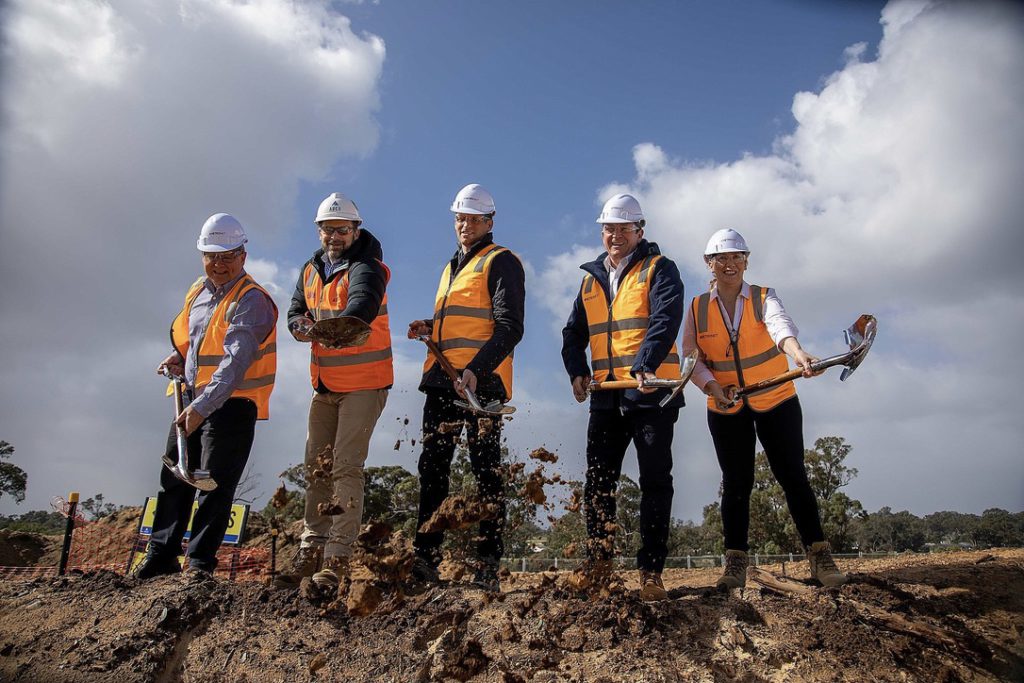 The first sod has been turned at METRONET’s Lakelands Station project site in Perth, with early works now in progress on the Mandurah Line’s newest station.

Lakelands Station will be located between Warnbro and Mandurah stations, which are 23 kilometres apart, and will provide residents with another public transport option to help ease growing demand.

Early works at the site, which include modifications to existing overhead line equipment and rail corridor earthworks, kicked off the construction.

Major follow-ups are expected to begin in October which will include constructing the station’s entry building, pedestrian overpass, platforms on either side of the rail line, toilets, cycling facilities, bus interchange, a 400-bay car park, pedestrian and cyclist-friendly pathways, and landscaping.

The project will support about 200 jobs.

The kickoff is the latest in a growing list of 2021 milestones for the project following contract award in January and the unveiling of preliminary designs – which aim to complement local natural features – in May. These designs also formed part of the project’s Development Approval application, which is expected to be determined by September.

Lakelands Station is set to open in 2023.

The Mandurah Line itself will close for about 25 days in December due to major construction on the METRONET Thornlie-Cockburn Link.

This will be the biggest ever shutdown of Perth’s public transport network, with the Mandurah line to close completely between Aubin Grove Station and Elizabeth Quay Station: a 75km stretch that encompasses four other stations in between.