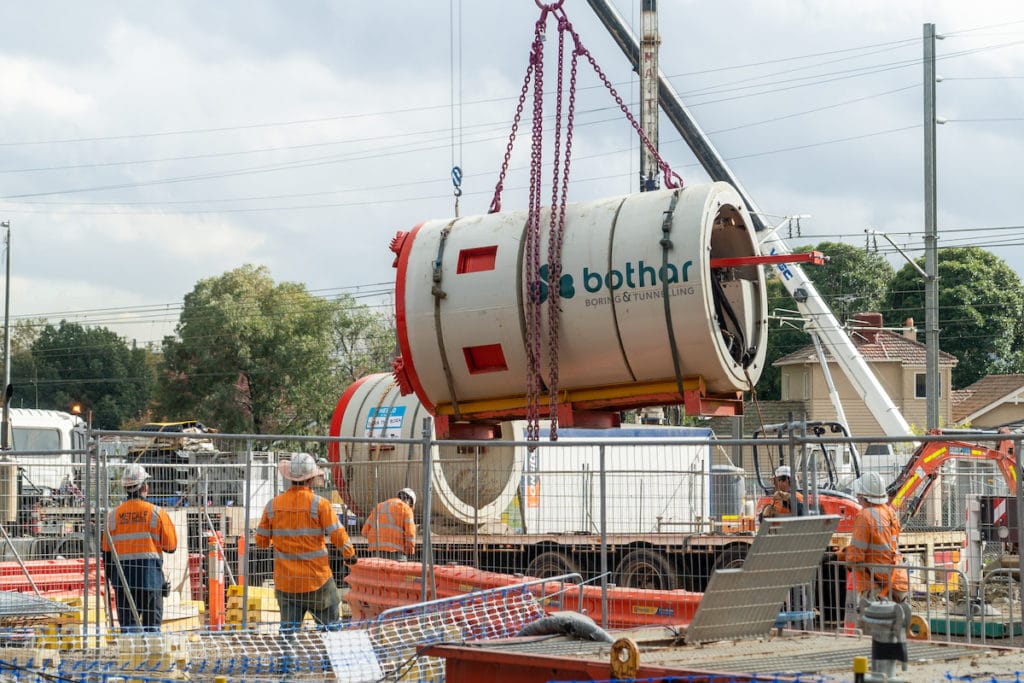 As part of a naming competition, help was sought from students from local primary schools, who were asked to submit their best name suggestions for the mini TBM.

Dora the Bora was selected as the winning name after much consideration and dozens of great suggestions.

Grace from Grade 2 at Surrey Hills Primary School nominated the winning name, and got to take home a local trader voucher, her own set of PPE and a copy of the TBM sticker.

Traditionally, a TBM is given a female name before it can start tunnelling, as it is said to grant good luck for the project ahead. This tradition dates back to the 1500s when miners and military engineers would pray to Saint Barbara – the patron saint of tunnellers and miners.

Dora the Bora is onsite to help with works by tunnelling a new route for a large watermain under Lorne Parade Reserve, which needs to be lowered to run beneath the rail trench.