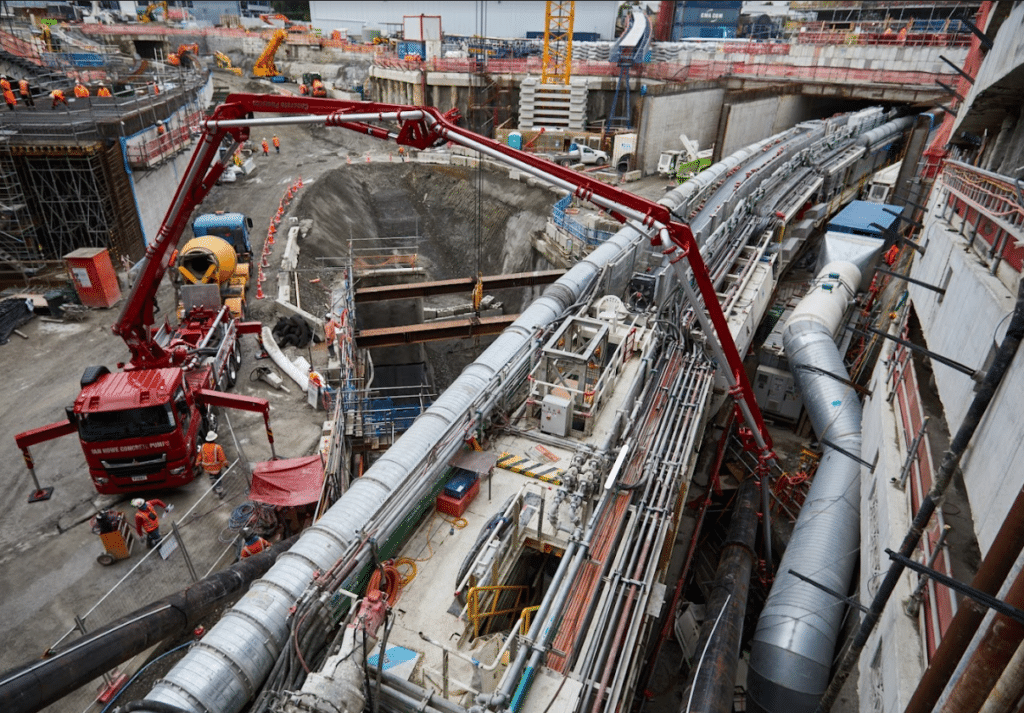 The powerful machine, named in honour of Māori champion Dame Whina Cooper,  started its subterranean drive from CRL’s Mt Eden site into the central city. Its first destination will be the underground station below Karangahape Road before a planned arrival next spring at the project’s Aotea site.

Dame Whina Cooper is operated by the Link Alliance – the six national and international infrastructure companies delivering CRL’s main tunnels, stations and rail systems contract – completed the first of the two CRL tunnels on the eve of last Christmas.

Link Alliance Project Director, Francois Dudouit, said the TBM’s second drive will be just as challenging as the first.

“No matter how well you plan, things can always change,” he said.  “We learnt a lot from last year but constructing a bored tunnel is a unique and complex task bound to bring challenges, particularly when you’re working below a city.  Importantly, our TBM crews are experts at successfully confronting obstacles – restricted working conditions because of covid or Auckland’s ground conditions – and getting the job done safely.”

Dame Whina Cooper is a multi-tasker. The 130-metre-long TBM completes three jobs: cutting the spoil, removing the spoil by conveyor built to the surface, and installing the concrete segments – 14,735 in total – that will line the twin rail tunnels.  There will be a crew of 12 working each shift on the TBM, supported by another team of around 12 above ground.

The TBM completes its work at the southern end of the station being built at the Aotea site.  Tunnels already built from Britomart connect with the northern end of the new station.

The travel impacts of a completed CRL will be huge.  The 3.45-kilometre-long railway will make it easier for Aucklanders to reach the centre of their city.  The entire rail network will operate more effectively, trains will be frequent, they will be longer with more seats, and journeys will be quicker.