Rail Express speaks with CRRC about the latest developments from its cutting-edge freight wagon supply business headquartered in Qiqihar, in China’s northeast, and its plans for global growth.

CRRC’S Qiqihar Rolling Stock Company, known as QRRS, is the core subsidiary for its operations in Qiqihar City, and the pillar enterprise in the freight wagon sector for CRRC. Over the last 20 years, QRRS has provided more than 17,000 wagons to Australia and New Zealand. Its range of ore wagons, grain hopper wagons, coal hopper wagons, container flat wagons, articulated wagons, side dumping wagons, ballast wagons, tank wagons and others has found success in the Pilbara region of Western Australia, along with the eastern states, South Australia, and on both South and North Island in New Zealand.

“As the largest freight wagon supplier in China and one of the most important freight wagon suppliers around the world, QRRS owns independently a full set of testing facilities and systems for complete wagons and key components – such as car body, bogie, coupler and brakes – and follows strictly to the relevant recognised quality systems, such as ISO, IRIS and other local ones,” Li and Wang tell Rail Express.

With a particular focus on the Australian market, QRRS has designed and manufactured wagons with axle loads ranging from 20, 23, 25, 26.5, 30, 35.7 and up to 40 tonnes. The configuration of the wagons has evolved from a carbon steel car body with a 120 brake system, a 13EF coupler, MT-2 draft gear and ride control bogie; to a stainless-steel car body employing a Wabtec/Knorr air and ECP brake system, an extra capacity coupler, draft gear and ZK1 bogie, which is QRRS IP. Operation speeds for the 40t wagons have been improved to 100km/h with a maximum traction tonnage of 57600t.

“At present, the 40t axle load ore wagons developed and manufactured by QRRS are popular with several ore mining companies in Australia, and have become the most advanced wagon in satisfying the operational requirements in West Australia,” Li and Wang say. “Said wagons have been in service for more than a decade and satisfy nearly all the heavy haul transportation requirements in the world.”

The 40t axle load wagons are designed to provide high speed and stable ride control. The design’s lightweight car body, low wheel track force and empty/loaded dynamics have helped increase loading capacity of the wagon by 10 per cent, and service axle to 44t, to let a single wagon can carry almost 155 tonnes of ore.

Not satisfied, QRRS plans to soon launch its 45t axle load wagon into the Australian market. CRRC credits this latest development, along with the ongoing optimisation of its existing fleet of wagons, to its dedicated team of research and development experts.

“Over the years, QRRS has insisted on strengthening the construction of information and research platforms to improve research and development efficiency and quality,” Li and Wang say.

“These technologies have signifi cantly improved design methods, shortened the development cycle, and improved product reliability,” Li and Wang say. “The product development period and process preparation period has been shortened from six to nine months, to fi ve to ten weeks. The efficient and reliable new product development capability can satisfy the demand of high reliability and short delivery time for domestic and international markets respectively.” 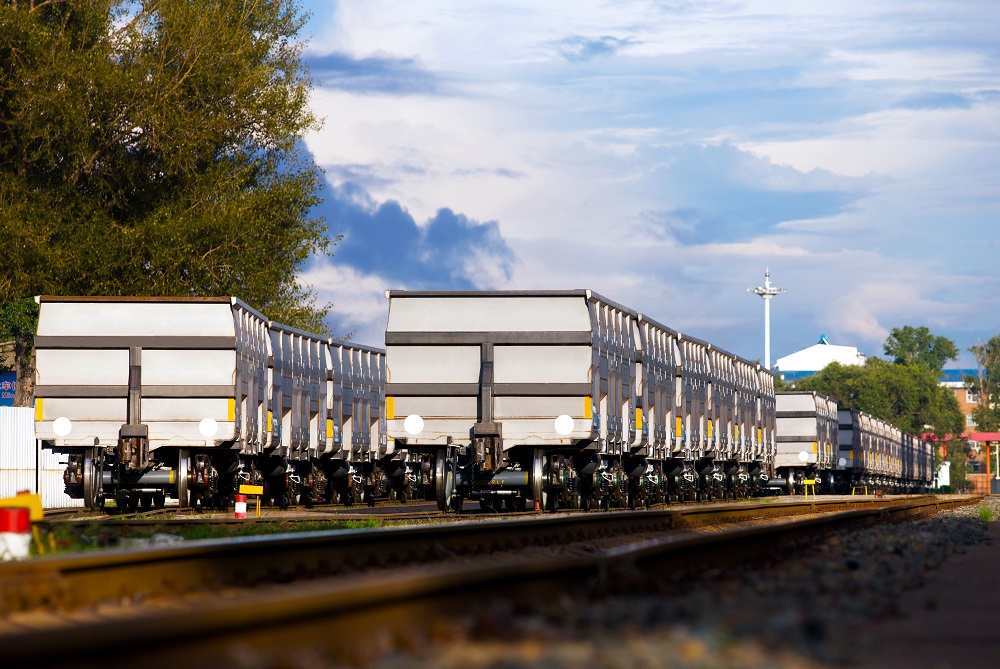 Just as important as R&D is a thorough testing program. In its laboratory facility, QRRS covers all the testing needed for a railway freight wagon, such as static strength, impact, dynamics and fatigue test for the wagon and its key components.

“The QRRS laboratory is not just for newly-developed products, but also for testing items for other freight wagon companies and institutes in China,” Li and Wang add. “The testing capability of the laboratory takes the leading position in freight wagon sections in China.”

In addition to Australia and New Zealand, CRRC’s Qiqihar businesses have sent rollingstock to 52 countries, including the United States, Brazil and Kazakhstan.

The company says by focusing on its big local and global market through big marketing and a big customer strategy, it has transformed from a product manufacturer to a well-rounded manufacturing service provider.

“The international business has always adhered to the customer-oriented and ‘technology plus quality’ direction,” Li and Wang conclude, “adopting a progressive combination of business models to export Chinese products and services to 60 countries and regions.

“Product exports, product plus maintenance services, product plus technology, and capital output, cover 40 per cent of the world’s railway lines in 146 countries.”