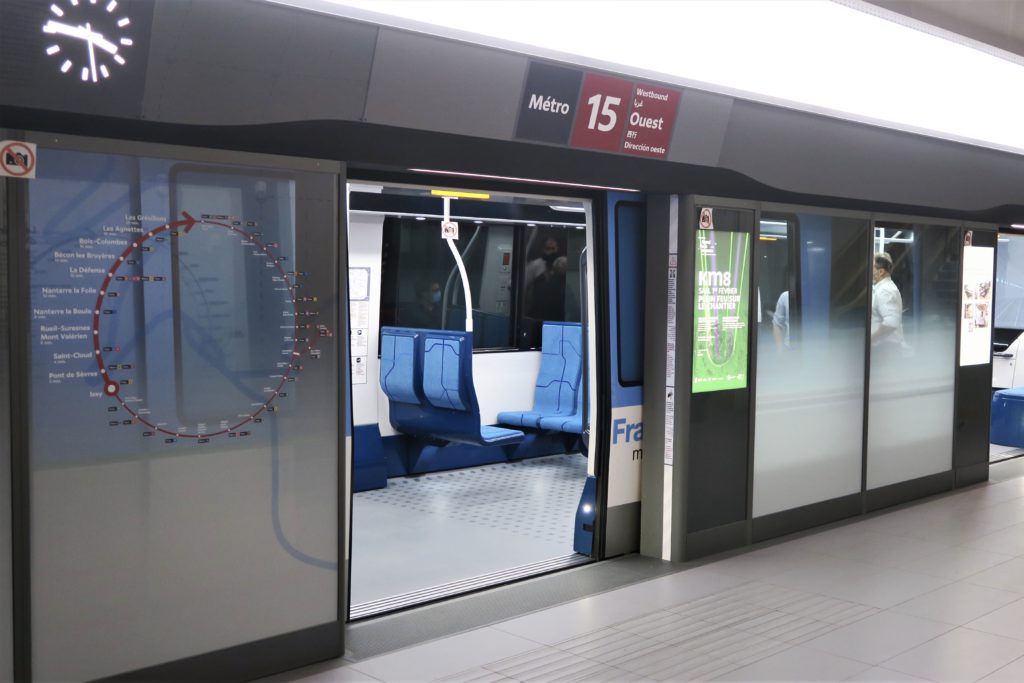 In delivering the mega project that is the Grand Paris Express, the project delivery authority had to look for new approaches to contract management. It turned to SYSTRA for the solution.

The rail system that gave the world the term “Metro” is currently undergoing one of the largest expansions since its birth.

The Grand Paris Express project will increase the length of the Paris Metro by 200km, with four new lines and connections to the three international airports that serve the Paris region. As part of the project, there are 68 new stations, representing an increase of almost 20 per cent across the network.

Currently, the Ile de France region, which encompasses Paris and its main suburbs, is served by three separate rail networks. In the urban core is the iconic Paris Metro, with 14 lines – two fully automatic and others in progression towards automation – the 215km network carries 5.6 million trips every day across 384 stations.

Crisscrossing the city and connecting the suburbs to the centre is the Regional Express Network (RER). The hybrid urban and commuter rail system consists of five lines and 257 stations. Finally, the Transilien network is a web of eight commuter lines operated by SNCF that terminate at major Parisian stations.

Grand Paris Express will further unite and bond these networks. Forming a ring around the city centre will be line 15, while lines 16, 17, and 18 will better link the outer suburbs with the city’s network. The project also involves extending line 14, which slices through the city’s heart, enabling a direct connection to Orly Airport.

Beyond the impressive scale of the project, Grand Paris Express is setting a gold standard for future metro rail projects. The new lines will be fully automated at level 4 (GoA4), requiring no supervision on-board the automated rollingstock. Services will also run more frequently, with average two- to three-minute headways and a train every 90 seconds during the peaks.

Engineering and consulting group SYSTRA has been advising the dedicated delivery authority “Société du Grand Paris” since project initiation in 2010. Today, SYSTRA is involved in the procurement and delivery management of four major design and build packages, as well as integrated delivery of the program lineside systems and oversight of one of the main heavy maintenance facilities.

Stage one of project extends the existing line 14 to a new interchange hub north of Paris. The construction of this section must contend with both a dense urban environment and a multitude of underground obstacles.

“Paris has an underground structure similar to a block of Swiss cheese,” said Alan Trestour, SYSTRA ANZ’s executive general manager (advisory). “It’s a very complex environment with a lot of caverns and protected historical and archaeological sites. This leads to having to dig deeper to preserve these areas and ensure the safety of the surroundings. With this, complexities are inherent, in terms of both the depths of stations and construction methods.”

Following commencement of the tunnelling and civil works in 2016, in 2017 a major curve ball was thrown as the International Olympic Committee announced that Paris would host the 2024 Summer Olympics. The new lines of the Grand Paris Express would now shuttle millions of spectators between the key venues as well as providing airport connections to Roissy CDG and Le Bourget airports in the north, and Orly in the south.

A review of required project changes included the addition of supplementary interchanges and modifications to the depot facilities. This led to a cost increase and tripling of staff numbers across Société du Grand Paris, together with necessitating a new approach to contract management, facilitated by SYSTRA.

AN INTEGRATED PROJECT MANAGEMENT APPROACH
Like most mega-projects, delivery of the Grand Paris Express is broken into multiple packages. Prior to the Olympic impetus, package procurement had followed the traditional model in France, whereby detailed design was produced by the client team prior to the project going to tender, with contractors only brought in to complete the last 20 per cent of the design and deliver the construction.

While this model worked across the first project stages, based on the findings of the review, there was a clear opportunity for improvement across later stages with greater involvement from industry in early design. In its role as client-side integration and delivery partner, SYSTRA supported Société du Grand Paris in evaluation and development of new contracting strategies and arrangements. It was predicted that earlier industry engagement through competitive dialogue would de-risk project delivery, explained Bergoend.

“On projects like Grand Paris, the construction methodology and the constructor’s input more generally can mitigate a significant proportion of the delivery risk. There is considerable benefit to bringing contractors in earlier so they can influence the overall design approach and methodology.”

Through a process and approach similar to early contractor involvement schemes employed within Australia, the competitive dialogue process on Grand Paris is designed to engender positive competitive behaviours between potential construction partners, building a collaborative team environment with the client and ultimately benefiting all project participants in the end.

“If you onboard contractors early then there’s generally a better outcome due to driving innovation throughout design and delivery,” said Trestour. “What you end up with, is joint buy-in and ownership across decision-making, it’s not just a client led decision-making process.”

The key to making such a process work is robust project definition and outcome- based requirements from as early as the preliminary study and feasibility phase.

“The client needs to be well supported to make informed judgements early in the project,” said Trestour. “The more proactive you are in early engagement, the more chance you’ve got to refine precisely how you want the end-system to perform and identify the outcome-based requirements specification.”

According to Bergoend, due to SYSTRA’s experience across project lifecycles, from tender through to design, build and operations, the company was well placed to advise Société du Grand Paris on managing the competitive dialogue process.

“SYSTRA would facilitate discussions between industry and the end client. Managing this conversation required people not only from a project management or transaction advisory background, but technical people who have developed similar designs and fully understand the likely problems. We combine all these capabilities in leading the dialogue.”

During the competitive dialogue process, one that Bergoend describes as “highly iterative”, technical challenges can be brought up that influence and improve the early design stages, said Trestour.

“It’s about identifying what parameters or design decisions we can adjust early, reaping significant benefits in terms of reducing the risk profile during construction and improving output certainties across our programs.”

To manage this interaction in a successful manner, a combination of technical knowledge and commercial and contract management expertise is required.

“The fine balancing act is understanding the design and delivery risks early, and knowing when and how the risks should influence the commercial and contracting model,” said Trestour. “The opposite of this is when you have an independent project management or commercial organisation disconnected from the design and engineering knowhow. This means you are likely to miss the cause, scale or impact of a shift and be unable to develop a coherent and well-timed response.”

From the outputs of this approach so far, it is expected that the competitive dialogue process will provide a far higher level of program assurance, with clear interfaces, a clearer risk allocation and management strategy, and tighter schedule and cost planning. Ultimately, this will likely see this iconic project meet time and cost goals despite its inherently complex and challenging environment.

“You set yourself up to reap the benefits of more robust delivery and cost schedules,” said Trestour. “You’re delivering mega projects and ensuring some key sections are ready and open for the Olympic Games; that’s what’s at stake here.”

SYSTRA’S FOOTPRINT IN AUSTRALIA
In Australia, SYSTRA provides technical and advisory services across a variety of rail disciplines, alongside project and change management expertise. Project successes are wide ranging, with recent examples including certification for Sydney Metro North West, influencing new digital technologies across the Sydney network, and supporting the Sydney and Newcastle light rail implementations. The company is currently an integral part of business readiness for the major changes across Brisbane’s network over the next few years.

“We have a systems-based approach, which means we understand the imperatives of having a product that’s fit Blen for purpose from day one and morphs into a high-performing asset across its lifecycle,” said Bergoend.

This approach encompasses not only rail assets themselves, but their integration with the surrounding urban environment. Rather than thinking in terms of just fulfilling the individual contract, SYSTRA is focused on the long-term impacts of decisions made, and how choices in the early stages allow for project enhancements in the years after the first train runs.

This culture based on interrogating the long-term benefits of the project, built into SYSTRA’s DNA as the child of two rail operator/maintainers, is at the heart of the business, whether maximising the imperatives of journey time and patronage at an early stage, engineering solutions that optimise system operation, or managing project risks across delivery.

“It’s about the legacy left behind and how we can continue to add value over time,” said Trestour.