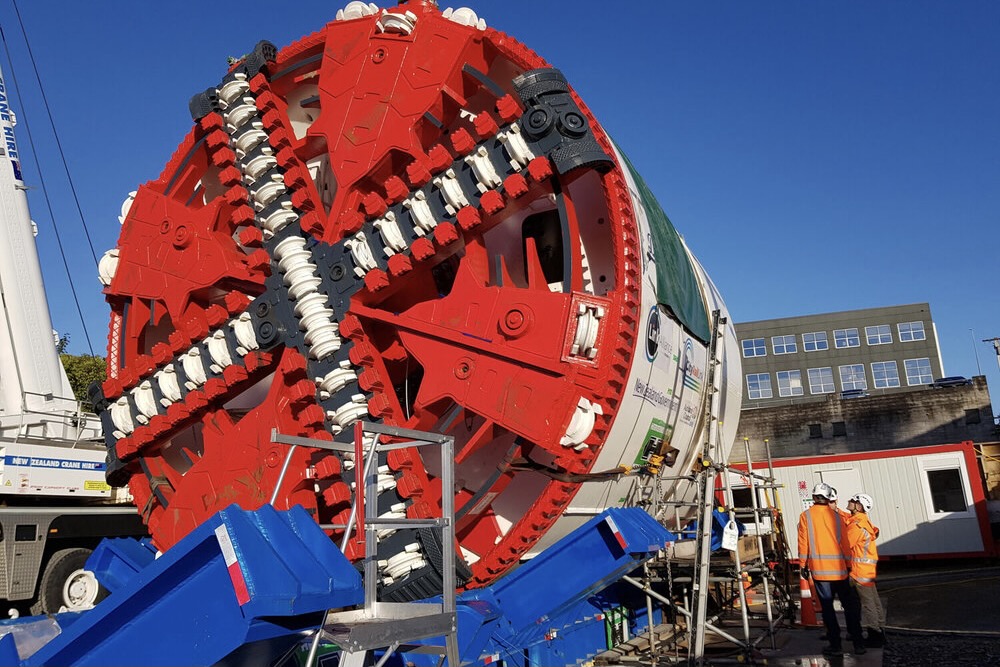 The TBM, affectionately named Dame Whina Cooper after a Maori rights activist, is in the midst of excavating tunnels for City Rail Link (CRL).

The $13 million bespoke machine was built specifically for Auckland’s soil conditions, and will also be responsible for removing tunnel spoil and installing concrete segments to line the tunnels.

CRL chief executive Sean Sweeney said TBMs were not designed to be ‘parked’ underground for an open-ended period.

“They need to keep moving forward, even at reduced capacity, to avoid the risk of getting stuck,” he said.

He said the Ministry of Business, Innovation and Employment (MBIE) had been advised of the rationale for operating the TBM within current regulations.

“We are not planning to continue full-scale mining – the TBM will be working at a much lower level than full capacity. We will be operating on a ‘do minimum/as necessary’ basis that falls within the parameters of this month’s COVID Public Health Response Order,” Sweeney said.

“This low-level operation will allow us to remove the risk of pressure from earth settling around a stationary TBM and ‘trapping’ the machine.

“If that happened here, the costs and time involved in freeing the TBM would be catastrophic and completely derail the project.

“Our priority will be to keep our workers safe – they will be working under strict health and safety guidelines.  Our neighbours are being kept informed of our actions.”

The tunnel boring machine is operated by CRL’s main contractor, the Link Alliance. It began excavating the first of the project’s two rail tunnels in May – mining from Mt Eden first to Karangahape and then on to central Auckland to connect with already constructed tunnels from Auckland’s downtown.

A completed CRL and its two underground stations will give New Zealand’s largest city a world class railway, which includes improved access in and out of central Auckland and quicker and more frequent trains across the wider city.