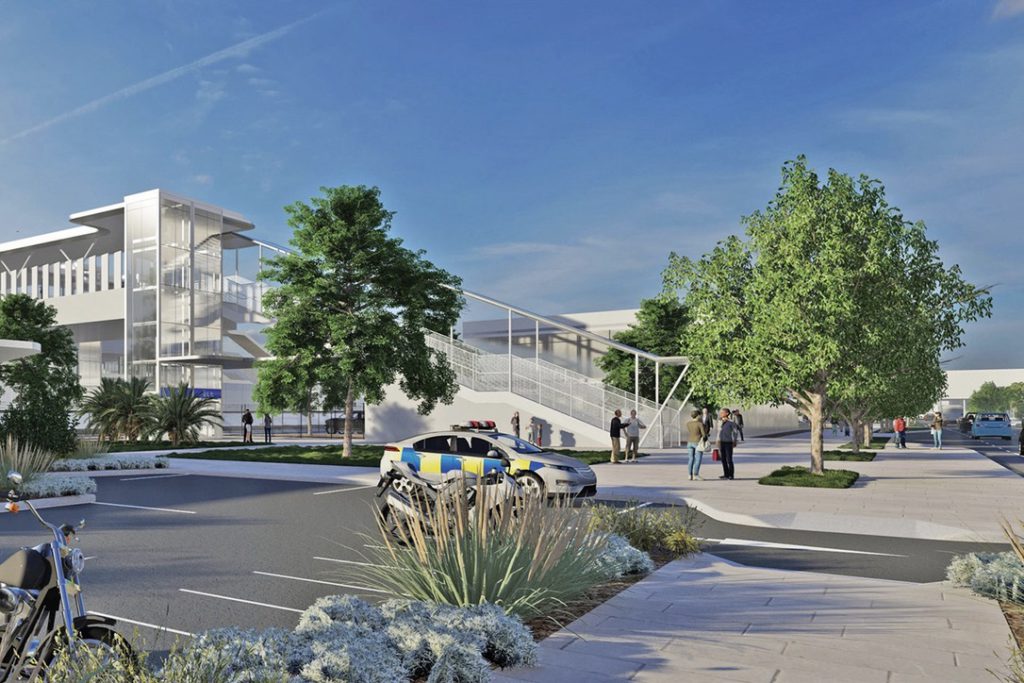 An artist's impression of the future Midland Station. Credit: Metronet.

Proponents have moved to the next stage on three Metronet construction projects in Perth.

For the Byford Rail Extension project, two alliances have been shortlisted and will move into the competitive bid phase for the 8km extension of the Armadale Line and new station at Byford.

The scope of the project also includes providing priced options to expand the works to include an elevated rail component, to satisfy requests of the City of Armadale and the Shire of Serpentine Jarrahdale.

On a separate project also on the Armadale Line, two alliances are in contention for the removal of up to six level crossings in through Victoria Park. The alliances are: Armadale Line Upgrade Alliance, comprising Acciona/Coleman Rail, BMD Constructions, WSP Australia, and AECOM Australia; and Elevate Alliance, a joint venture between Downer EDI Works, CPB Contractors, GHD, Aurecon Australasia, and CareyMC.

Level crossings at Mint and Oats streets and Welshpool Road will be replaced with an elevated railway in the project, which also includes a priced option for the Hamilton, Wharf and William streets package.

For the design and construction of the new Midland train station, Transform Midland Alliance (Downer EDI Works and SMEC Australia) and Midland Junction Alliance (McConnell Dowell Constructors, Georgiou Group, Arcadia Ausrtalia, and BG&E) have been shortlisted ahead of the detailed proposal stage.

In addition to the new station, a 12-stand bus interchange and multistorey carpark will be built. The station itself will comprise three platforms, a pedestrian overpass, universal access, passenger toilets, lifts and stairs, kiosk, and secure bicycle parking.

All contracts, jointly funded by the federal and Western Australian governments, will be awarded later in 2021.

WA Premier Mark McGowan said local businesses will be involved in the projects.

“We have nine METRONET projects in construction, and with another three major construction contracts to be awarded later this year, there are more opportunities for local jobs and businesses to get involved,” he said.

Separate to the contract announcements, the WA government highlighted that Metronet contracts are leading to subcontracts flowing to locally-based businesses. Recent subcontracts to suppliers include an $11.8m contract for steel reinforcement work on the Thornlie Cockburn Link and Yanchep Rail Extension, and $71.3m in contracts to suppliers for local railcar manufacturing, including seats, cab structures, battery boxes, air-conditioning and brake components, floor panels, and pantographs.

“Early works on the Metronet Byford Rail Extension are already underway with the removal of the Thomas Road level crossing,” she said.