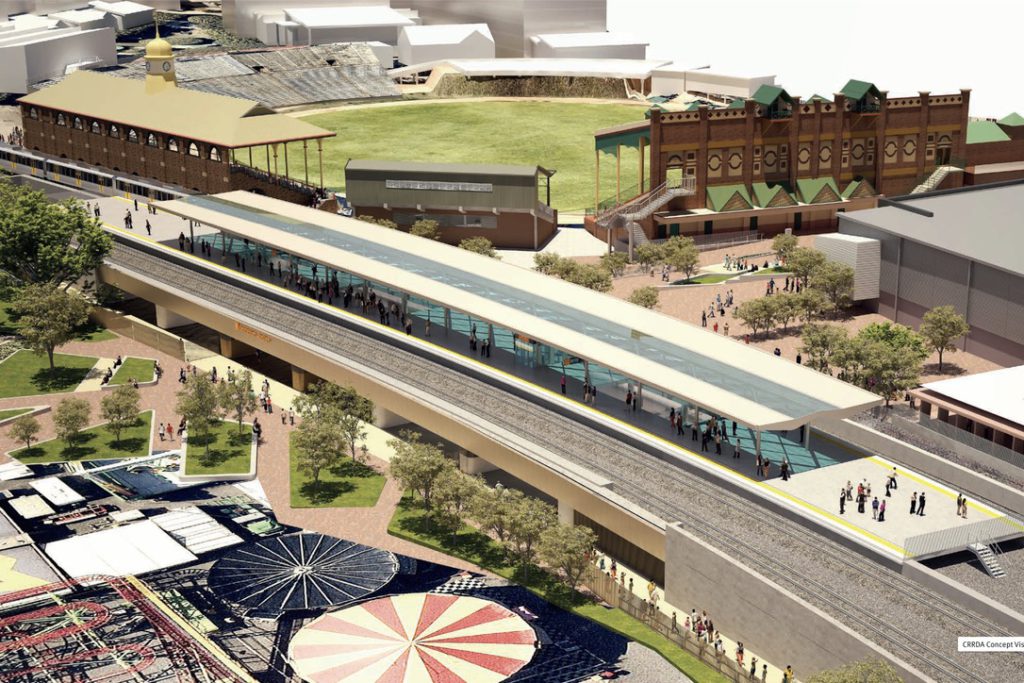 Construction has kicked off on the year-round Exhibition Station.

The redeveloped station is part of the Cross River Rail project and will enable rail access for commuters, event attendees, and those needing to travel to the Royal Brisbane Women’s Hospital every day of the year.

Currently, train services only stop at Exhibition Station during the Ekka show in August.

Early works include the demolition of the western platform to create the space needed for constructing the first tracks for the new station.

Queensland Transport and Main Roads Minister Mark Bailey said a viaduct would carry the rail tracks and train platforms over the showgrounds.

“Construction of the viaduct will start soon and the plan is for it to be in operating after next year’s Ekka, meaning we’ll gradually start to see the final station taking shape.”

Once complete, the new Exhibition Station will be a fully accessible, two platform island station. The station has been designed to accommodate the large crowds that will pass through the station during the Ekka, while the visual design of the station references the buildings of the nearby exhibition precinct.

Redevelopment of the showgrounds precinct has added many new residences and commercial premises near the station, and 9,000 people each week are expected to use the station by 2036.

“This new station will deliver trains into the heart of this heritage-listed precinct for residents and businesses, visitors and staff at the Royal Brisbane and Women’s Hospital and the thousands of people who visit the Ekka, the Convention Centre and nearby bars and restaurants,” said Bailey.

Construction of the station has been timed to ensure that attendees will be able to access each Ekka until Cross River Rail opens in 2025 by rail.