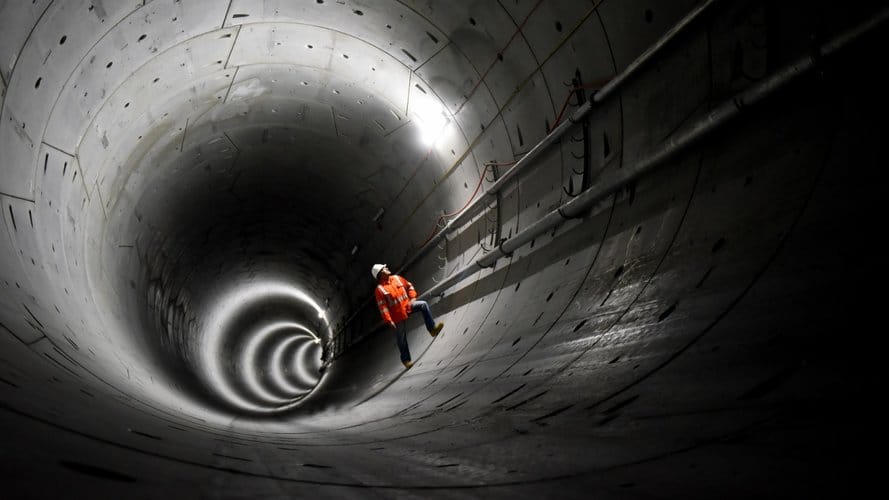 The New South Wales Government has shortlisted three consortia to deliver the Eastern Tunnelling package for Sydney Metro West project, which includes 3.5 kilometres of twin tunnels under Sydney Harbour between The Bays and the Sydney CBD.

The 24-kilometre new underground rail connection between the CBDs of Parramatta and Sydney will double rail capacity between the two CBDs, connecting the stations at Westmead, Parramatta, Sydney Olympic Park, North Strathfield, Burwood North, Five Dock, The Bays, Pyrmont and Hunter Street in the Sydney CBD.

Due to the scale of this city-shaping mega project, the tunnelling and excavation works have been separated into geographically-specific contract packages between Westmead and the Sydney CBD.

Acciona Ferrovial JV was awarded the 11-kilometre Central Tunnelling Package between Sydney Olympic Park to The Bays Precinct in 2020 after a competitive tender process.

The NSW Government said the Western Tunnelling Package will be awarded shortly.

The Eastern Tunnelling package is the third and the final package of tunnelling for which the NSW Government has shortlisted prospective contractors.

The Eastern Tunnelling package will see tunnel boring machines cross under Johnstons Bay alongside the Anzac Bridge, before heading to the new Pyrmont station and then down and under Darling Harbour before reaching Hunter Street in the heart of the CBD, in between Wynyard and Martin Place.

Sydney Metro West will double rail capacity between greater Parramatta and the Sydney CBD, with a target travel time of about 20 minutes between the two centres.

The Eastern Tunnelling Package contract is expected to be awarded by the end of 2022.

Work on Sydney Metro West started at The Bays in 2020, with mega tunnel boring machines to be in the ground before the end of this year.

Sydney Metro West is on track to be completed in 2030.