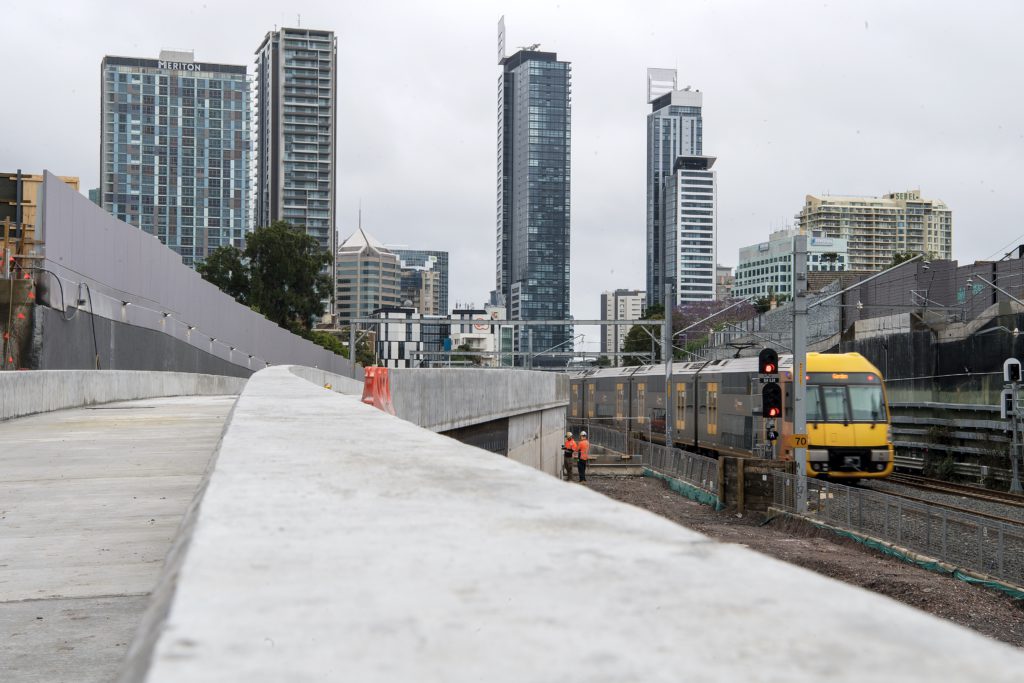 Work on the Northern Corridor entailed realigning the T1 North Shore Line within the existing rail corridor between Chatswood Station and Brand Street, Artarmon, and constructing a new rail bridge for a section of the northbound track to pass over the metro dive structure.

Work is continuing on the Chatswood dive site which will connect the existing Sydney Metro line to the new City and Southwest line.

A Sydney Metro spokesperson said that tracklaying is well underway.

“Work is progressing well at Sydney Metro’s Chatswood dive site with 200 metres of track laid so far. Drilling is underway in the tunnels using custom made drill rigs to prepare for the installation of essential services that will energise the expanded network.”

The work is made more complex by being conducted next to a live railway corridor, with services on the T1 North Shore Line continuing as construction is underway.

“It was necessary to undertake works in the rail corridor to create space and move existing rail lines to accommodate the metro tracks. Some of these works included providing new retaining walls and noise walls,” said the Sydney Metro spokesperson.

“The work, known as the Northern Connection, is being done within the existing railway corridor while minimising impacts to train services on the T1 North Shore line.”

Piling work was completed in August 2020 during a 48 hour shutdown. Around 130 workers delivered the project ahead of the resumption of services.

Further work will be required to re-position the existing suburban railway line to create the structure, expected to link into the tunnels in 2022.

“There are a significant number of elements taking place at, or from, the Chatswood dive site; tunnelling and cross passage activities, widening of the rail corridor, construction of the dive structure and the rail bridge for the existing T1 line to eventually travel over. With so many elements taking place simultaneously, it has presented a significant challenge for the Chatswood team which they have met at every turn by acting as one team. They have achieved so many milestones and there are still more to come.”