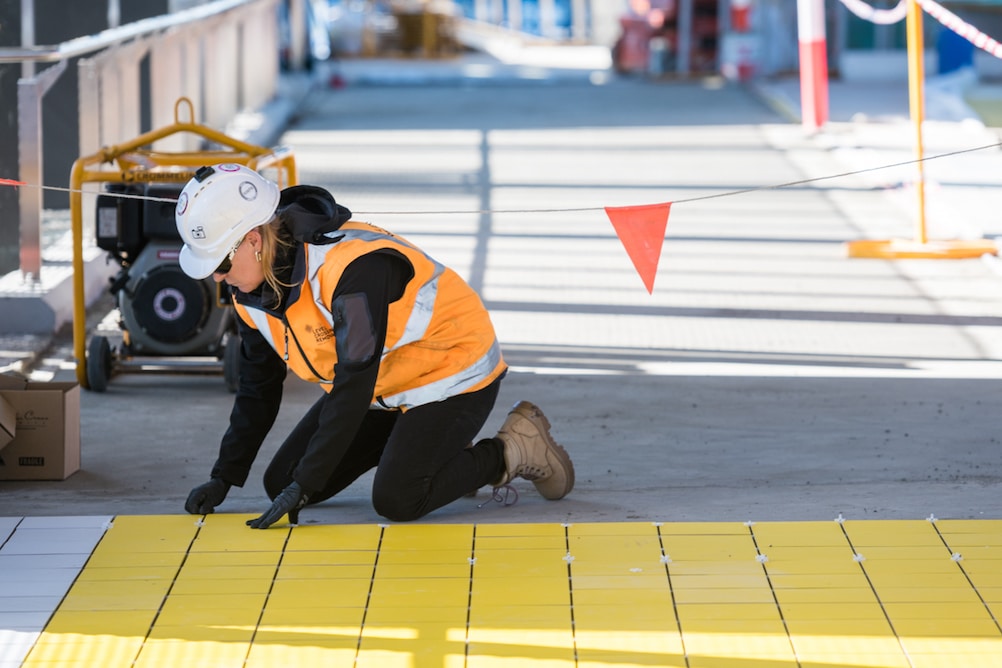 In December 2021, the dangerous level crossing at Old Geelong Road, in the Melbourne suburb of Hoppers Crossing, was removed by building a new road bridge. 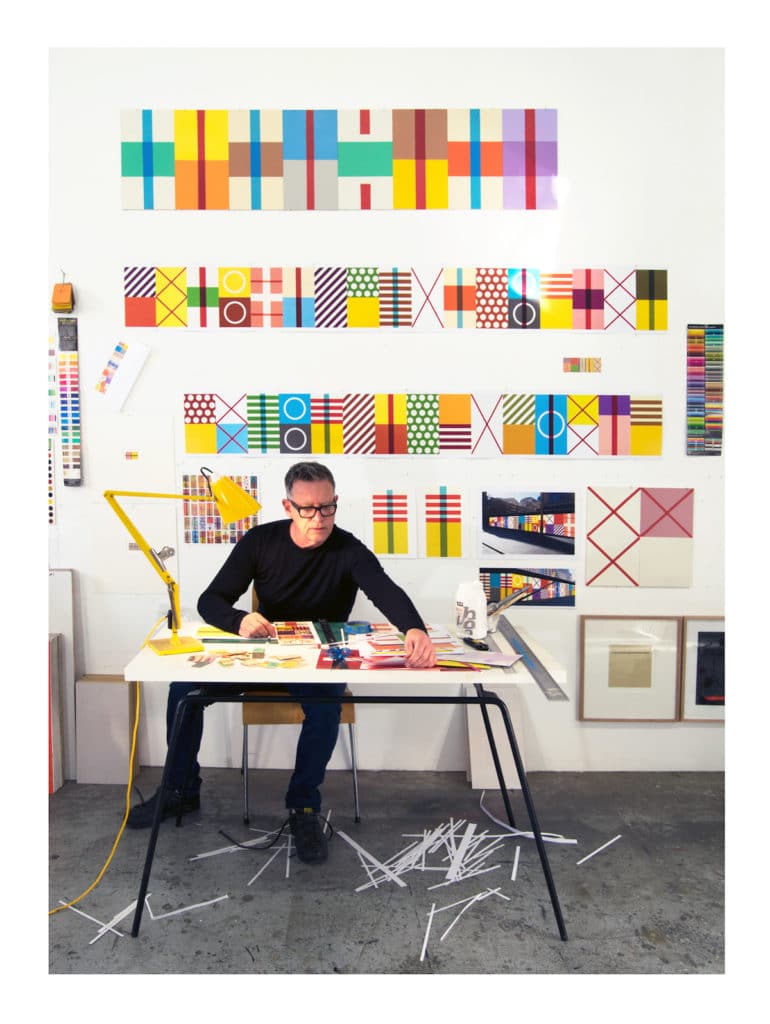 Tiles are used to display the art on the floor of the 70m overpass, in a contemporary take on a classic railway experience influenced by the London Underground, Paris Metro and the New York Subway.

The ticket-inspired design connects commuters to stories of past journeys through Hoppers Crossing, referencing the paper tickets that train passengers once used.

“All those circles and stripes meant something. It’s like the stripe was a return ticket, the circle was to certain stations. Your colours represented particular stations…the brown might’ve been a one-way ticket, and then the yellow part was the return ticket,” Atkins said.

The addition of the public artwork at Hoppers Crossing Station will create a more vibrant and colourful commuter experience, touching on the rich transport history of the west.

“When you a buy a train ticket, we’re all the same. There’s this lovely kind of democracy… they belong to everyone,” Atkins said.

The artwork has taken approximately three weeks to install, with crews laying about 11,000 tiles in ten vibrant different colours.