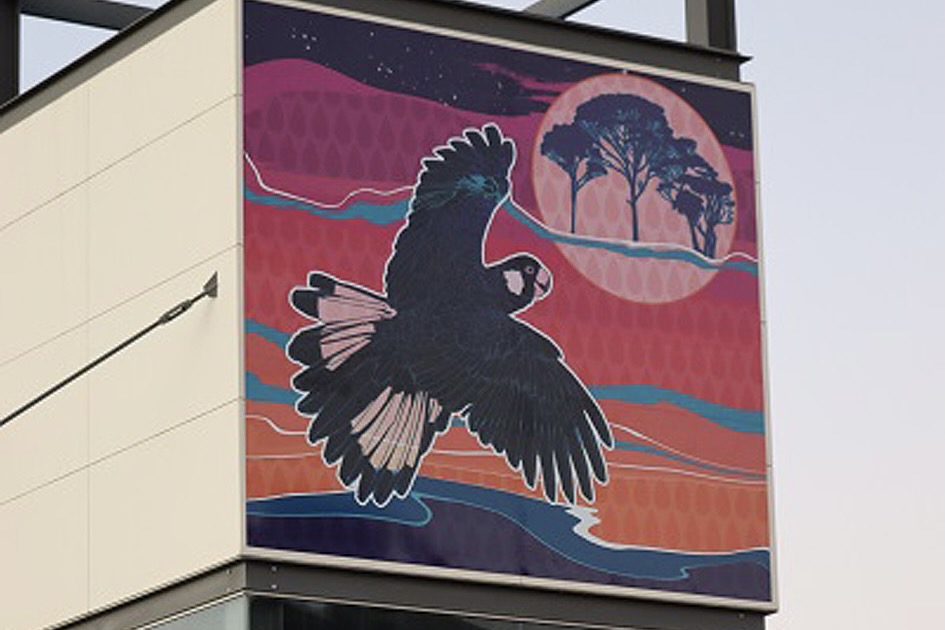 A Carnaby’s black cockatoo now flies proudly from the top of Cockburn Central Station tower in Perth, consigning to history its much-maligned predecessor.

The infamous “Cockburn faces” installation had towered over the Kwinana Freeway from 2006 and fused together the photos of hundreds of residents to create two giant faces, both male and female.

While they were removed in 2019 due to their deteriorating condition, they had also been the subject of community criticism, with many questioning their aesthetic appeal.

During its 12-year reign overlooking the main freeway linking Perth to the southern suburbs, some believed them to be missing or wanted person’s posters, while WA Transport Minister Rita Saffioti had once referred to the faces as “creepy”.

Last year a shortlist of three potential art pieces to replace the faces was put to the public for a vote, with 77 per cent choosing the artwork created by WA artist Kerise Delcoure, which features the cockatoo in flight along with portrayals of salmon gum and banksia trees, wind and water.

Saffioti said she was pleased to see the Carnaby’s black cockatoo flying proudly from the top of the tower.

“Cockburn Central Station will become a major connection when the Thornlie-Cockburn Link comes online and this artwork will be a beautiful welcome for people catching the train or using the freeway,” she said.

Cockburn MLA David Scaife welcomed the new replacement for the Cockburn faces, which he said “had been around for years”.

“Kerise Delcoure’s beautiful Carnaby’s Black Cockatoos work will remind us of the amazing natural bushland and native fauna we have right here in Cockburn,” he said.