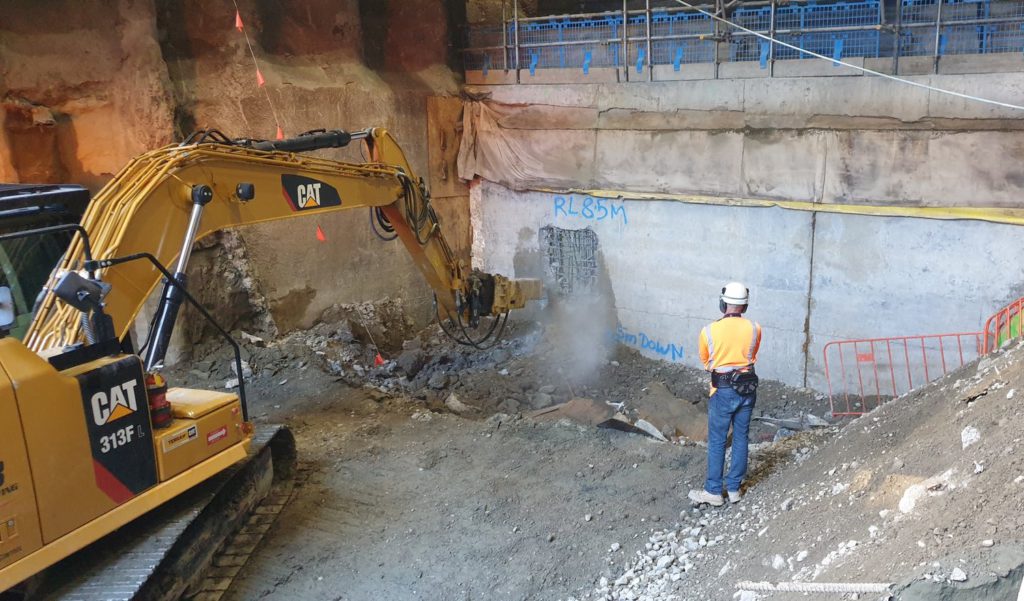 “While it’s still a busy construction site out of sight for most, a project to deliver far-reaching changes for Tāmaki Makaurau Auckland is rapidly taking shape below them,” he said.

The breakthrough under the intersection of Albert and Wyndham Streets joins the twin tunnels completed in early 2020 from Britomart Station and under Commercial Bay and Albert Street with the Aotea Station, destined to become the country’s busiest when a completed CRL is fully operational.

“It was careful work connecting two separate sections of the project, and, at the same time, doing that without disturbing roads, walkways, shops and offices just a few metres above us,” he said.

“The successful removal and the connection are a Christmas bonus for us.” 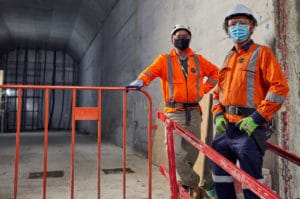 After the breakthrough, Mr Dudouit placed the first steel reinforcing bar to link Aotea into the existing tunnel. Joining the tunnels and station clears the way for a new stage of work – fitting out the tunnels and getting them ready for the installation of rail track and rail systems like signals and communications.

At Aotea, foundation work for the entire station is planned to be finished before the Christmas break. By then, more than 400 bored piles and 140 diaphragm wall panels will have been built. A large section of the station roof has also been constructed, with excavation of underground dirt continuing daily.

Aotea’s footprint is 350 metres long beneath Albert Street, from the Wyndham Street intersection south to the Wellesley Street/Mayoral Drive intersection.

At Aotea’s southern end, final preparations are underway to welcome the project’s Tunnel Boring Machine (TBM), Dame Whina Cooper. The TBM is nearing the end of a journey that began in May from CRL’s Mt Eden site through the mined tunnel for the Karangahape station and into central Auckland.

The upcoming breakthrough at Aotea will be the final link in the first of two tunnels running the full 3.45 kilometres of the CRL between Mt Eden and Britomart.

The TBM will be returned to Mt Eden in sections and reassembled to excavate the second rail tunnel in 2022.

End of the line at Britomart