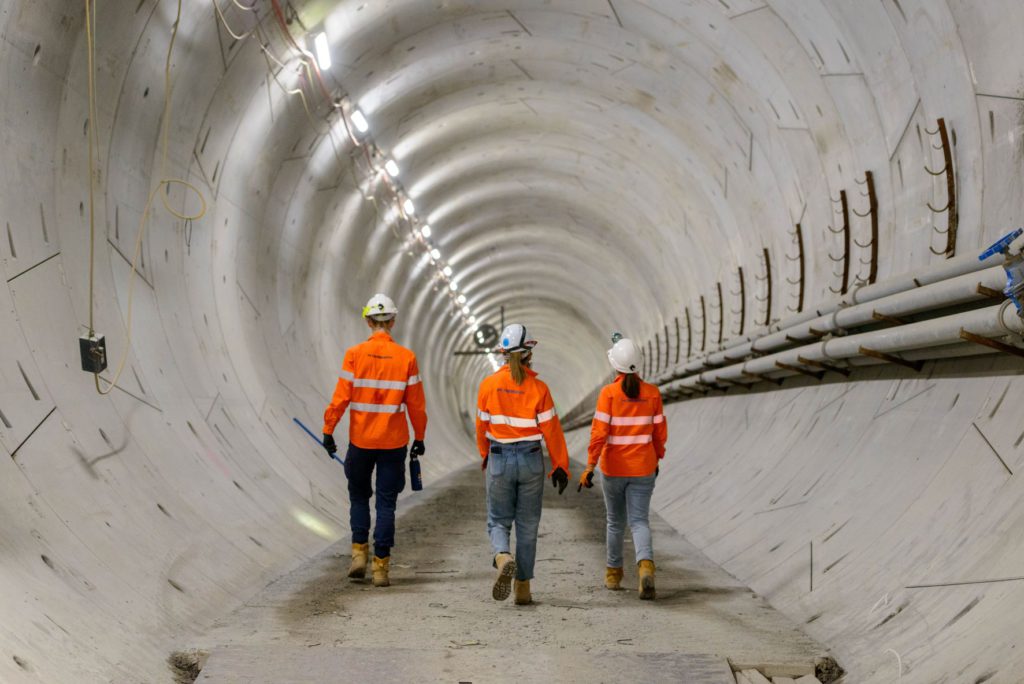 If you’ve ever wanted to explore Cross River Rail’s tunnels deep beneath Brisbane, now is your chance. But you’ll have to be quick.

ABC Radio Brisbane is giving listeners the opportunity to win one of 20 double passes for a once-in-a-lifetime opportunity to visit a section of Cross River Rail tunnel at the project’s Northern Portal.

It is the first time the public has had the opportunity to go into a tunnel, and may be the only opportunity to do so before services begin, with tracks soon to be laid.

The tour involves walking about half-a-kilometre into one of the project’s twin tunnels, descending roughly 30 metres underground before reaching the second cross passage (a small tunnel that joins both parallel Cross River Rail tunnels).

Listen between 5am to 8am each weekday until Friday, May 20, for your chance to win one of the double passes still on offer.

If you are successful, you and your guest will need to meet a number of physical requirements, including being able to walk roughly three kilometres unassisted.
For more information on how to enter, visit ABC Radio Brisbane’s website.