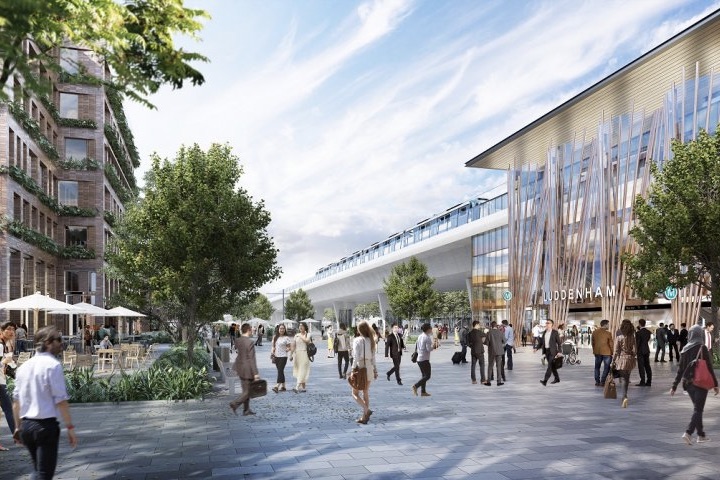 A federal parliamentary committee has called for the immediate development of a value capture mechanism to recoup the costs of rail infrastructure, particularly faster rail.

The report, from the House of Representatives Infrastructure Transport and Cities Committee, recommends that state and federal governments work together to ensure that land value uplift caused by rail projects is secured to cover the cost of infrastructure. Critically, the committee recommends that such a mechanism be applied early in the planning stage, before any project announcements.

Committee chair, John Alexander, said that with the events of 2020, the need for such a mechanism is more critical than ever.

During the committee’s hearings, evidence was heard that infrastructure and rezoning have raised land values close to proposed Sydney Metro – Western Sydney Airport stations to increase by 500,000 per cent. This uplift in land values occurred on previously agricultural land that became at the centre of the future Aerotropolis.

The mechanisms proposed by the committee focus on finding a “just, equitable and fair” portion of the increase in value to be shared between taxpayers and beneficiaries.

“When government funded infrastructure is clearly linked to significant property value uplifts, or rezoning, governments have a duty to taxpayers to secure just, equitable and fair portions of these increases in property values,” said Alexander.

“During the inquiry the committee considered the issue of fairness: Is it fair for the taxpayer to fund infrastructure that creates great wealth for landowners, speculators and developers? Should the taxpayer receive a return when their money is invested? Is it fair that we leave future generations to pay for our spending today?”

A spokesperson for the federal Department of Infrastructure, Transport, Regional Development and Communications said the government would consider the report before responding, and noted that some mechanisms were already being worked on.

“Where appropriate, applying value capture mechanisms to projects can help to supplement government funding sources and deliver important infrastructure projects sooner. These mechanisms are generally applied by state or local governments under their legislation,” the spokesperson said.

While the terms of reference for the committee specify that the report will look into options for financing faster rail, the report takes a broader look at metro rail project as well. However, when considering faster rail in particular the report noted that a value capture mechanism would enable decentralisation from major cities to regional centres, while introducing low-emissions electrified rail services to take pressure off congested and polluting air corridors.

According to the Department of Infrastructure spokesperson, value capture is being considered as part of the current crop of faster rail proposals.

Separate to the federal parliamentary committee report, the NSW Productivity Commission has also recommended changes to state-based infrastructure contributions. The report, released on December 3, makes a number of recommendations, however specifically recommends a contribution be applied when land is rezoned to fund public infrastructure. For major transport projects, a specific transport contributions plan is recommended.

The NSW government welcomed the state’s Productivity Commission’s report, with NSW Minister for Planning and Public Spaces Rob Stokes noting the significant of the proposed reforms.

“Those who complain about growth in Sydney often have the same gripe – too much housing, not enough infrastructure. This report recommends a complete shift in thinking, where land rezoning, infrastructure planning and funding is considered together at the start of the process,” he said.

“If the changes in this new report are implemented, these barriers will be removed and development will be coordinated with the right infrastructure.”

As part of the planning for the Aerotropolis and SMWSA, a draft contributions plan has been exhibited, which includes a station precinct charge. The charge, applied to land within 1.2km of stations along the SMWSA, would be a one per cent levy on the cost of carrying out development on land zoned enterprise and two per cent on mixed use land.

Speaking to Rail Express, Alexander said that the proposed value capture mechanism comes too late and does not go far enough.

“The charge is applied to developers, who have already paid premium market prices for the rezoned land. It will be passed on to consumers. The original vendor, who benefits most, pays no additional charge beyond normal capital gains tax,” he said.

“The inquiry advocates charging landowners who sell to developers after their land was up zoned and taxpayer-funded infrastructure built close by. The charge should be applied to the vendor side, not the buyer (developer) side.”