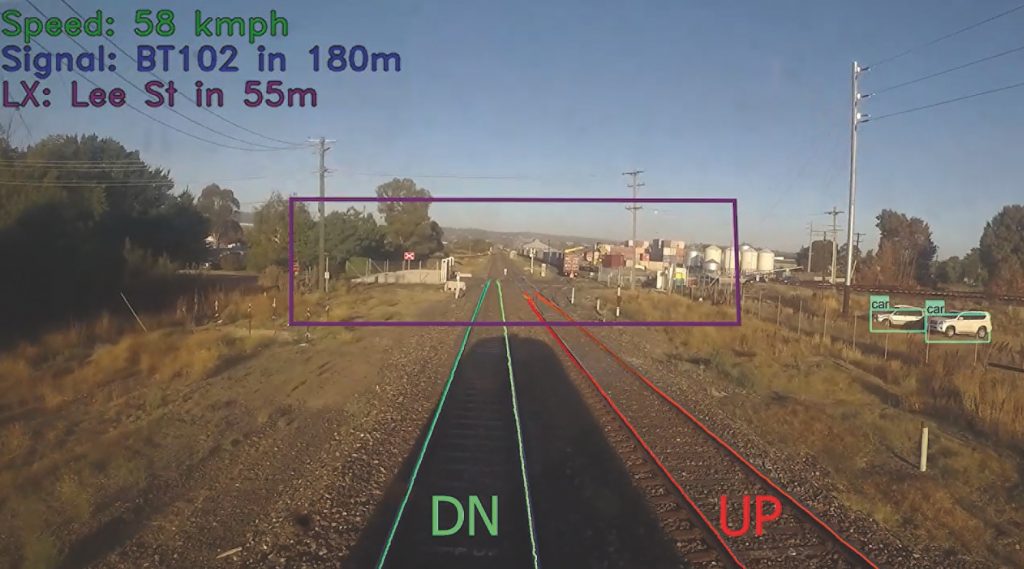 The backbone to the next generation of rail infrastructure projects will be a common data platform.

The design technology behind many critical rail infrastructure links in Australia and New Zealand has come a long way since icons like the Sydney Harbour Bridge were constructed.

It is almost hard to conceive that such major pieces of infrastructure were designed, constructed and managed with 2D drawings and manual drafting. With the rise of computers in the 1960s and onwards, early computer- aided design (CAD) software allowed for some automation to take place, and with more sophisticated programs arriving in the next decades, virtual 3D modelling could occur.

Today, construction design and management software is ready to take the next leap, with four or more dimensions added to spatialised visualisations of infrastructure at each point in the project delivery lifecycle. Behind these digital tools is a consistent project lifecycle management platform that ties together design, document control, and project execution, as Chris Johnson – project delivery consultant at InEight – describes.

“A common data platform is the digitization of the whole supply chain. You’re not just managing either documentation or models but you’re actually managing everything from contracts, project controls, scheduling, document management and then also field execution and compliances,” said Johnson.

This common data platform is a solution comprised of software that covers the project lifecycle. InEight is providing this tool to the Australasian rail construction sector.

“It’s a spatial foundation where everything is linked to a place and has information tied in behind it,” said Johnson. “Say we have a signalling box, and everything that’s located inside that signalling box is stored in that central repository, and we have everything from design drawings to reports to commissioning data to inspection reports, even work orders that have been created as that asset is being maintained as well.”

Where the common data platform goes beyond individual digital engineering tools or BIM software is the lifecycle approach. “This addresses the complexities of rail infrastructure, in particular,” said Johnson.

“In infrastructure, we deal with projects in the hundreds of millions and even billions of dollars. That calls for a holistic, platform-wide adoption rather than a project-by-project approach.”

THE BENEFITS OF A COMMON APPROACH

Having a common data platform provides benefits across the project lifecycle, and in the most critical of phases, handover. When it comes to document control, for example,
a project element rendered in 3D in a BIM tool is associated with historical documents as well as any changes that have occurred over the life of the project so far. This speeds up communication and allows for more effective collaboration.

“You’re no longer searching local directories for drawings, reports or contracts, trying to find latest revisions of certain documents or where they’ve been sent. The common data platform is a foundation for that project from design through to construction,” said Johnson.

“The platform includes data from early pre- concept to project handover, so anything that’s created from the start of a project is carried all the way through. We know that the information is validated and it’s reliable because it’s coming through each project control step and it’s been managed and carried on and added to.”

A common data platform enables visibility not only backwards but also into the future. Built-in analytics tools allow for accurate forecasting with knowledge from previous stages of the project delivery timeline factored in.

“You have visibility of what’s coming down the line in two to six months’ time and you’re not having a site coordination issue or supply issue surprise you in the future,” said Johnson.

Having a shared basis to work off of takes a bit of rethinking about the way that construction has typically been approached in major infrastructure projects. Rather than seeing the project in terms of distinct stages where the ball is passed from one project partner to the next, the project is more like a papier-mâché ball, with each partner adding a layer of data and documentation until the project reaches its final form.

Such a change in approach requires a new way of looking at some of the fundamentals of major project delivery, from business processes to the skills required to successfully pull off
a project.

“A rail line isn’t just two 2D lines on a drawing now; it is now 3D geometry made up of an assembly of 3D components. For example, the rail form, the precast sleepers, the rail clips and the ballast all need to be represented as
it would be constructed. When you’re actually documenting projects, there’s a second QA check point that isn’t just about checking the 2D documentation of a drawing – you actually have to check that the 3D element and its associated data is validated,” said Johnson. “That’s a huge business change.”

This change may open up new roles or allow for consolidation.

“Instead of having a drafting manager you have new titles like BIM managers or digital engineering managers. The job has changed from just drawings. They are designing and constructing these projects virtually and managing a comprehensive database that is the beginning of these rail projects’ digital twins,” said Johnson.

“Do you need a new role or can you adapt two roles into one? You used to have a document control person and a CAD technician. Can those roles become one now, and then that person becomes your BIM manager for a particular project? It’s really about just finding those business processes that are going to change, and sometimes it’s even just a training process and bringing people up to speed so they can utilise the tools to achieve better project outcomes.”

THE NEXT PHASE FOR PROJECT DESIGN AND MANAGEMENT
With tools such as a common data environment in place, there is the potential to use the data created to find significant efficiencies. Applying artificial intelligence (AI) to project data can identify the most appropriate tools and materials, while machine learning algorithms trained on multiple projects can be used to predict project timelines and costs with greater certainty.

“AI and machine learning can help designers and owners learn from their mistakes, minimise waste and also increase the cost and schedule benefits from learning what went well,” said Johnson.

Another innovation will be that once the project is completed, the asset owner can be handed a complete virtual model of their rail line with historical and project data built in to improve operations.

“The owner can now use that to compare live data that may be captured on a light detection and ranging mounted unit on a train to see if there’s any defects on the rail to their digital twin,” said Johnson. “It’s a task that would’ve taken a team months to complete over significant portions of rail but that can now be done in a matter of hours.”

“Success comes from increased communication, coordination and collaboration on projects. The companies that utilise the common data platform have access to a single source of truth, which minimises the chance of design errors or clashes being carried all the way through to construction,” said Johnson.

“That not only limits overruns and minimises waste but provides a clearer picture on project performance.”