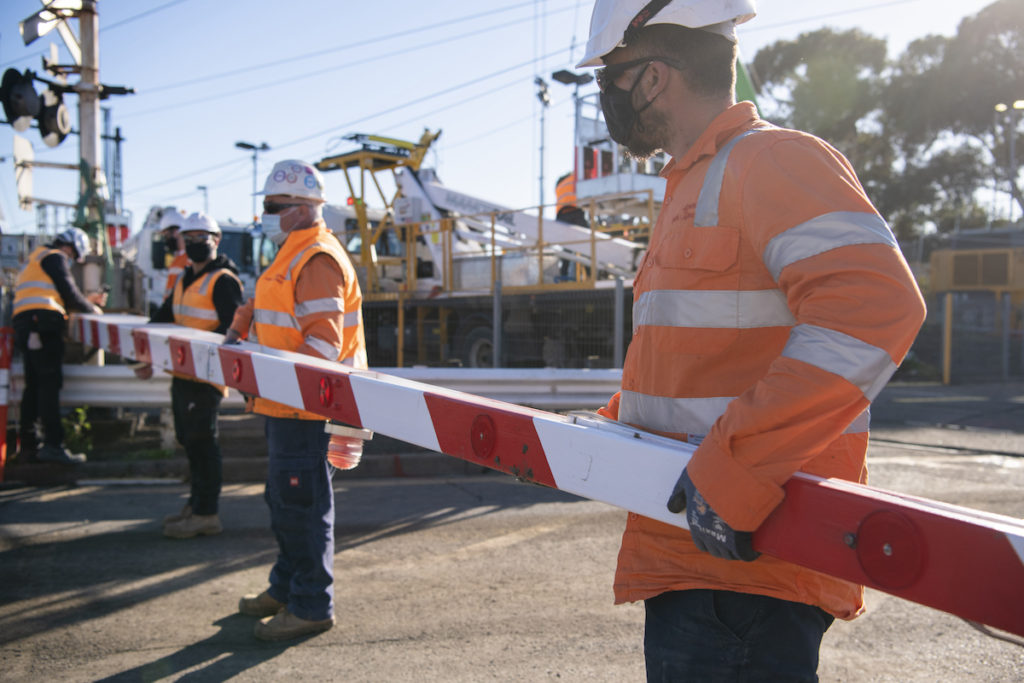 An extended building blitz is now underway through Williamstown in Melbourne, with buses replacing trains between Newport and Williamstown until Saturday, 13 November.

Ferguson Street is also closed at the level crossing until late September while crews work to reinforce parts of the road, ready for excavation to begin underneath.

At the end of the works, the level crossing at Ferguson Street will be removed, with trains running on lowered tracks and stopping at a new North Williamstown Station.

On Saturday, 21 August, excavation of ballast and clay began in earnest to create a 75m long, 17m wide rail trench.

Boom gates, bells and signals at the Ferguson Street level crossing were also dismantled to make way for trench works to begin.

The Ferguson Street level crossing sits alongside a complex four-way roundabout and is used by 25,000 vehicles and 110 trains per day.

To create the trench, up to 50,000 cubic metres of clay and hard basalt rock will now be taken out of the rail corridor – enough to fill 20 Olympic swimming pools.

Crews would be working 24/7 throughout the 85-day exercise, with the Level Crossing Removal Project asking for patience and understanding from the surrounding community for the expected traffic disruption.

Ferguson Street will be the eighth of 13 level crossings to be removed in Melbourne’s west.

Passengers and road users are asked to find out if they’re affected and plan ahead at Victoria’s Big Build.