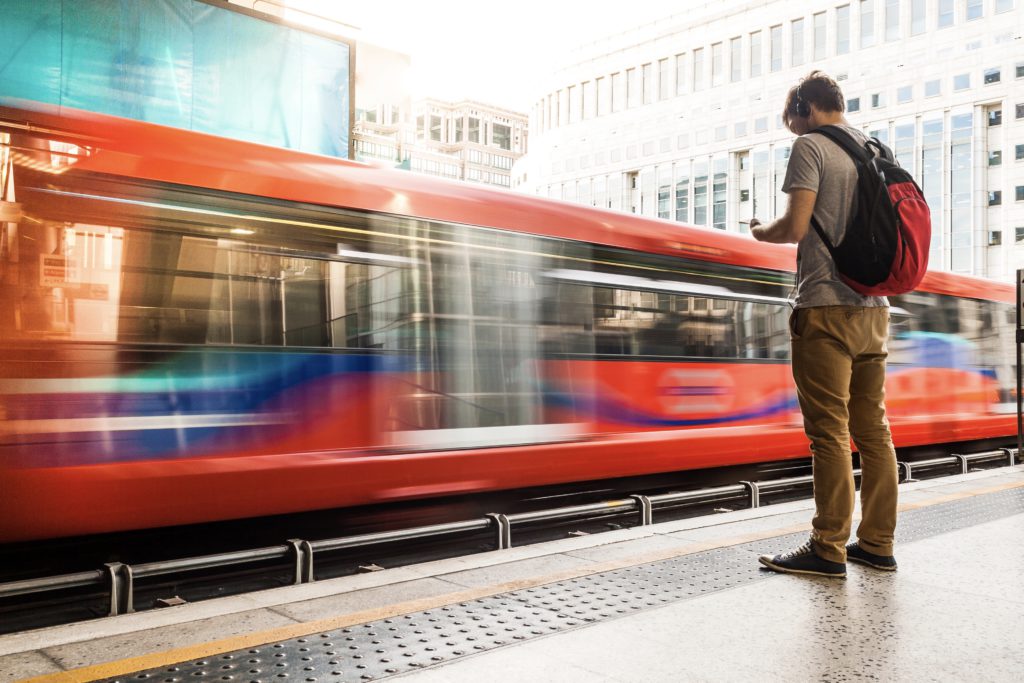 With horizons for the implementation of future communications systems approaching, now is the time for rail operators to think about harnessing 5G technology.

At the end of 2018, the Australasian rail industry came together to set out a vision for the industry’s future. Named Smart Rail, the collaborative effort set out the priorities for the industry over the next 30 years.

With over 20 named initiatives, what tied the vision together was its focus on the digital transformation that the rail industry will undergo.

The collected ideas conjure a vision of automated trains sharing real time information with customers and each other, and constantly sending data to a digital train control centre. To get to this goal however, rail operators will need a network that can securely support the volume of data transfer.

Today, most rail network operators in Australia have either adopted or are in the process of adopting “global system for mobile communications-railway” (GSM-R) technology. Developed to specifications finalised in 2000, the system can support the limited amounts of data that have been required in the rail industry until now, explains Rory McDonnell, transportation segment lead for Nokia’s enterprise business in Oceania.

“GSM-R is a narrowband application, so it’s got limited bandwidth – it currently supports voice communications and ETCS Level 2 data where the requirement is in kilobits.”

To get to the rail system of the future, where data volumes in the order of gigabits may be required for services such as streaming CCTV feeds between trains and operational control centres, global railways are looking to a new generation of telecommunications infrastructure, namely 5G.

With broadband 5G technology being confirmed as the basis for Future Railway Mobile Communication System (FRMCS), the technology standard will form the underlying architecture for the rail system of the future. The higher capacity and low latency standard will enable the deployment of data-based mission critical applications such as automatic train control while continuing to support essential voice services.

The technology will also provide the fundamentals for the widespread application of analytics to perform predictive maintenance, allowing for improved safety and efficiency, while reducing total cost of ownership.

“The use of Machine to Machine and telemetry data will be enabled by the high bandwidth and highly reliable low latency 5G network. This will enable the performance monitoring of onboard train systems and other distributed equipment in the wayside,” said McDonnell.

5G will also be part of the updated customer and passenger experience, with continuous connectivity and access to service information throughout the journey.

THE BENEFITS OF FOLLOWING A STANDARDISED APPROACH
While 5G and FRMCS are not expected to begin deployment until 2025, McDonnell explains that now is the time for rail organisations to start thinking about moving to this next generation technology. Already, Nokia is involved with European operators to trial 5G technology.

In 2019, Nokia won the tender to deliver and test the world’s first 5G-based network for automated rail operation in Hamburg, Germany. The 5G network will be the communications bearer for driverless shunting of empty trains. In France, Nokia and operator SNCF are working on a 5G lab to prepare for the transition of GSM-R to FRMCS.

“Rail operators should start planning their path towards FRMCS at an early stage to ensure the seamless transition from existing mature technologies and eliminate the risk of any service impact in the future,” said McDonnell.

Although GSM-R systems will become increasingly obsolete from 2030, it’s likely that FRMCS will only become a practicable solution for widespread deployment from about 2025.

To bridge this gap, highlights McDonnell, operators will need to continue rolling out GSM-R or LTE until at least 2025 to meet their short term needs, while creating a plan to update the network with FRMCS from 2025 onwards.

“Circa 2025, FRMCS will become the telecommunications bearer of choice for the ETCS level 2 signalling systems,” he said.

Critical to the success of FRMCS will be its standardisation. While European suppliers and networks are leading this charge, Australian and New Zealand networks have the benefits of being fast followers. Beginning on November 1 this year, Horizon 2020 ICT053 5Grail is an EU funded €13 million ($21.14m) project, of which Nokia is a consortium member, to validate the first FRMCS specifications by developing and testing prototypes for the FRMCS ecosystem for both trackside infrastructure and on-board use.

“Not only does standardisation overcome the issues relating to interoperability and compatibility, it allows new system providers to enter the market leading to the availability of Commercial Off-The- Shelf (COTS) products which reduces costs,” said McDonnell.

THE STEPS TO 5G IN AUSTRALIA
McDonnell notes that GSM-R networks will continue to support the communications needs of the rail operator until 2025 and beyond while FRMCS becomes the established technology standard. General packet radio service (GPRS) is a mobile data standard that can be introduced over a GSM-R network to facilitate this transition.

“The first step on the journey for railway operators towards FRMCS is to make sure that they introduce GPRS for internet protocol services, within the next two years. Then they also need to migrate their onboard systems, to support IP. Within two years we need to get to a stage where all GSM-R networks are IP enabled.”

As 5G relies upon IP, having IP over GSM-R already enables a smoother transition to 5G.

Once that step has been reached, rail networks can begin to build their FRMCS network. In early stages, non-mission critical systems such as passenger services or CCTV can be carried by an early 5G network before mission critical and voice services are migrated from 2025 onwards.

THE CRITICAL NATURE OF CYBER SECURITY IN FUTURE RAIL COMMUNICATIONS
While the move to a data rich rail communications future has a number of benefits, rail organisations will also have to be aware of the changing cyber security threat profiles as digital systems become the basis for rail operations. Nokia, which has deployed GSM-R to over 110,000 kilometres of track in 22 countries across more than 120 railway networks, has deep experience in the migration of legacy networks to highly secure digital systems.

As McDonnell explains, early work on 5G technology is underpinned by an unwavering focus on creating a secure network.

“A key part of your network is cyber security. There’s no point in implementing a network if it’s not fully secured because then you’re not guaranteeing the reliability and availability of the network, and, critically, privacy and safety of the travelling public.”

In taking what McDonnell describes as a holistic view of a network, cyber security is an inalienable element.

“With our end-to-end security services, we support our customers in every step of their security transformation journey by improving their overall security posture to withstand attacks and achieve their business goals.”

Designing an effective cyber-security strategy requires a deep understanding of the possible threats, and their source. Cyber threats to critical infrastructure systems such as rail networks can come from criminal, malicious, terrorist, or state-based entities, and countering these varied threat actors involves practical strategies including automating security, network segmentation, encryption and continuous monitoring. Automation and continuous monitoring are especially important due to the constantly changing threat landscape.

When working with a customer, Nokia begins with a comprehensive assessment, before proactively addressing concerns and areas where the system infrastructure does not meet proscribed standards. Then the attack surface must be secured, which involves accounting for all devices on the network.

“You need to understand the customer’s network,” said McDonnell. “There’s no point securing 80 percent of the network, you need to know every single device that’s connected to the network and ensure that the network is protected from an attack on that device. You leave nothing to chance.”

With the surface secure, Nokia engages in the ongoing optimisation of performance and introducing the latest safeguards to mitigate against new security threats.

“We can address all the customer’s current networking needs, across technology, deployment and implementation. On top of that, we address the vital cyber security layer as well as supporting their network operations with our managed services capability, and finally we offer our customers an evolution path towards FRMCS.”