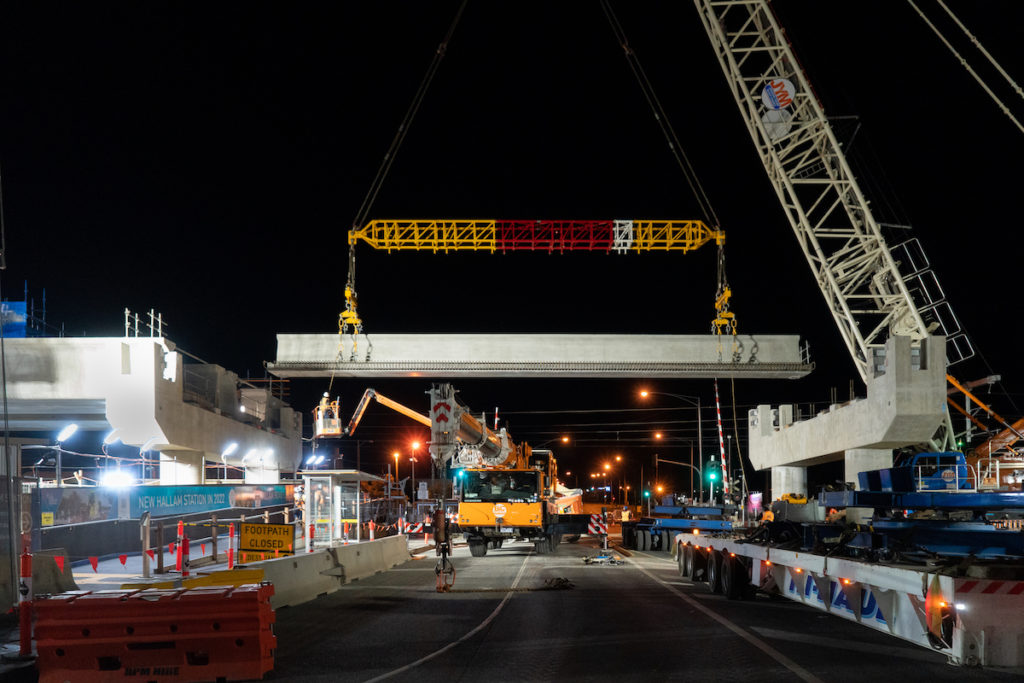 The first L-beams have been lifted into place over the new Hallam Station and rail bridge in Melbourne.

The beams will create 30 U-troughs over the coming months, which will eventually form the 394 metre long, 13,500 tonne rail bridge.

Transported to site at night from the precast facility in Kilmore to minimise disruption to road users, the trucks needed to travel as slow as 10 km/h during some parts of the journey.

The new platforms are also taking shape as 12 Super-Ts are being installed to form the foundations of the new station.

The dual-entrance elevated station will feature modern facilities for the 2200 passengers who use the station each day, and improved pedestrian and cycling connections around the station precinct.

The level crossing on Hallam Road will be gone for good in 2022, improving congestion and traffic flow, and boosting safety for road users and the community. More than 20,000 cars and trucks use the Hallam Road level crossing each day, with boom gates down for nearly a third of the morning peak.

The Victorian Government is getting rid of all 22 level crossings along the Pakenham line – including another five announced late last month – as part of a $15 billion investment that will improve safety, reduce congestion and allow more trains to run more often.