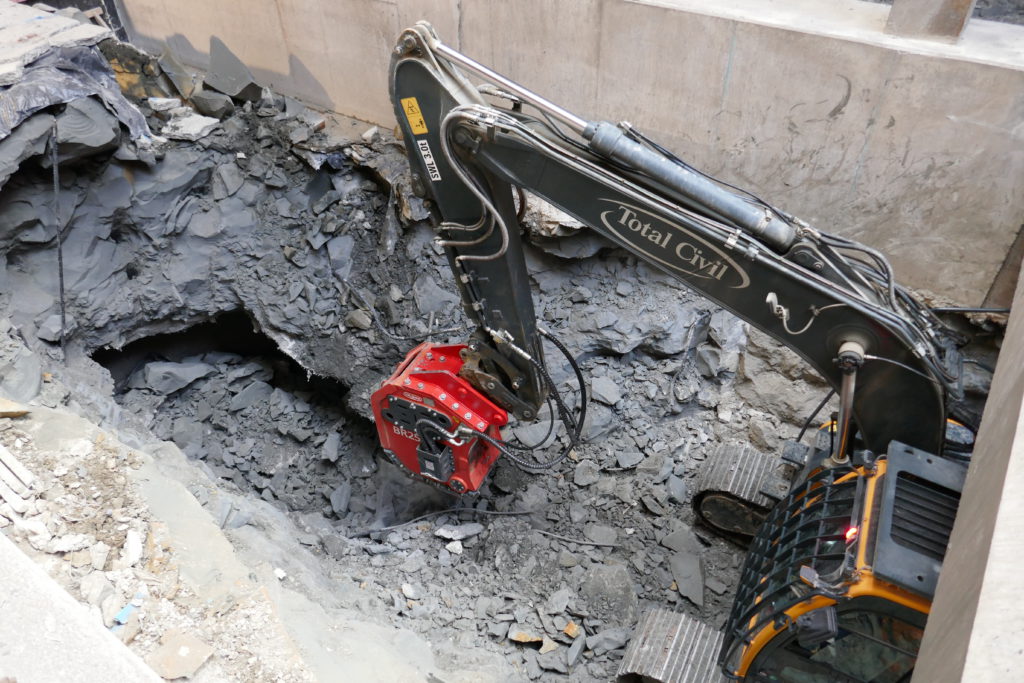 TWO sections of New Zealand’s deepest railway station are joined up after an underground breakthrough at Karangahape Station.

The breakthrough occurred 18 metres below the station entrance under construction at Mercury Lane – the building is now connected directly to the mined tunnel excavations underway for Karangahape’s platforms.

“It’s quite a milestone for us  – one that shows we’re overcoming challenging ground conditions to ensure we are ready for the arrival of CRL’s tunnel boring machine’s from Mt Eden next month,” said Jonathan Hill, The Link Alliance project manager for the Karangahape Station.

“Construction of the station building below street level began in early March and within five months, we’ve laid the concrete slabs for two of the station’s floors, removed 16,000 cubic metres  of spoil, and joined up with the mined tunnels beneath.”

A combination of vibro ripper and hammer working inside the station entrance excavation chiseled its way through layers of rock to open the hole in the roof of a pilot tunnel below that had been used to excavate the platform tunnels.

With access now available from both the underground station and the mined tunnels, there is more flexibility to share resources between teams to excavate the remaining 16,500 cubic metres of rock for the station.

On- site innovation solved a safety challenge facing Link Alliance workers.  Before the breakthrough, the pilot tunnel was backfilled with spoil from the mined tunnel, eliminating the risk of machinery falling into the tunnel from above, or debris falling if the breakthrough had been tackled from below.

When completed, Karangahape will be 32 metres below ground.  Excavation work has finished on the southbound platform tunnel closest to Mercury Lane and work is underway on the adjoining northbound one. The platforms are 203 metres long to accommodate nine-car trains instead of the current six used on the Auckland network.

Karangahape is one of two underground stations being built for the City Rail Link project to improve access into central Auckland and to better connect the city’s entire rail network.