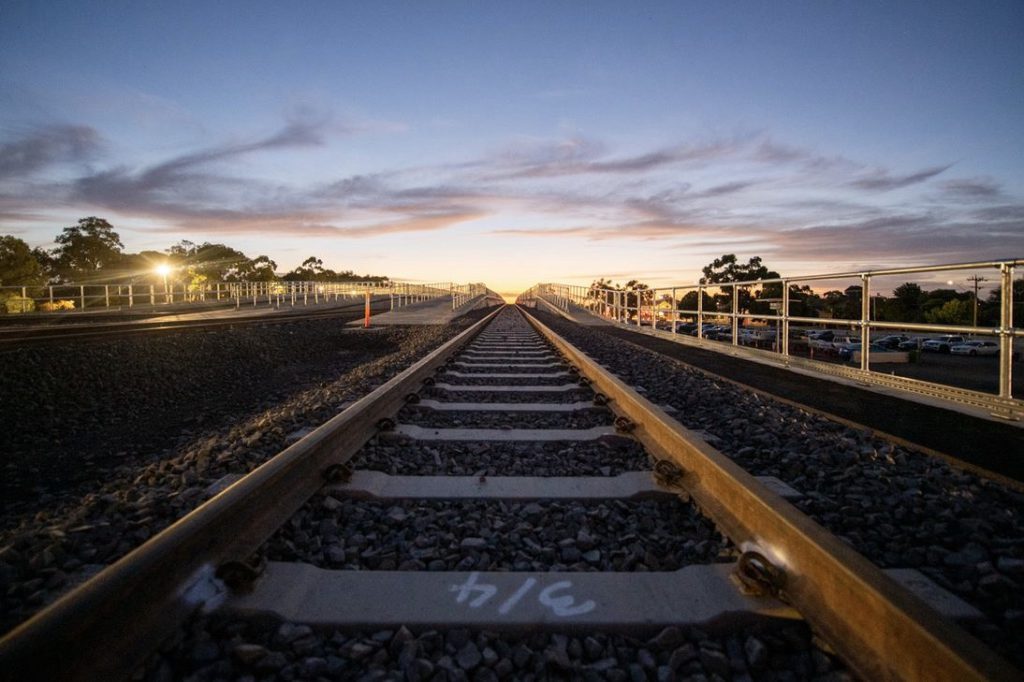 Works are underway at more than 20 level crossings sites, while progress is being made on 10 major road projects in Melbourne.

WORK on removing level crossings continues this winter as as part of Victoria’s ‘Big Build’ program.

Works are underway at more than 20 level crossings sites, while significant progress is being made on 10 major road projects in Melbourne. There’s also upgrades, and maintenance works taking place on nine major rail lines.

In the west, the Ferguson Street level crossing in Williamstown will be removed during an 85-day “construction blitz” from 20 August until 13 November, seeing hundreds of workers on site and up to 50,000 cubic metres of clay and hard basalt rock removed from the rail corridor.

By the end of the rail line closure, another level crossing will be gone in Melbourne’s west, with trains running through a 750-metre trench under Ferguson Street and a new North Williamstown Station open to passengers.

The level crossing at South Gippsland Highway in Dandenong South will be the 47th set of boom gates gone for good when it is removed in early August.

Its removal means less congestion and free-flowing freight routes for the region.

On the rail network, major works will also take place as part of the Sunbury Line Upgrade, Metro Tunnel and upgrades to the Geelong and Warrnambool lines.

Tram track renewal work will close St Kilda Road to trams and traffic at the end of June and Swan Street, Richmond in August.

“We’re removing one level crossing on average every four weeks – whilst we always try and minimise disruption, we thank Victorians for their patience as we get on with delivering the projects that we promised,” said transport infrastructure minister Jacinta Allan.

Member for Williamstown and freight minister, Melissa Horne, said the Ferguson Street crossing soon would be gone for good.

“We’ll continue to work with the local community as we remove this dangerous and congested level crossing,” Horne said.