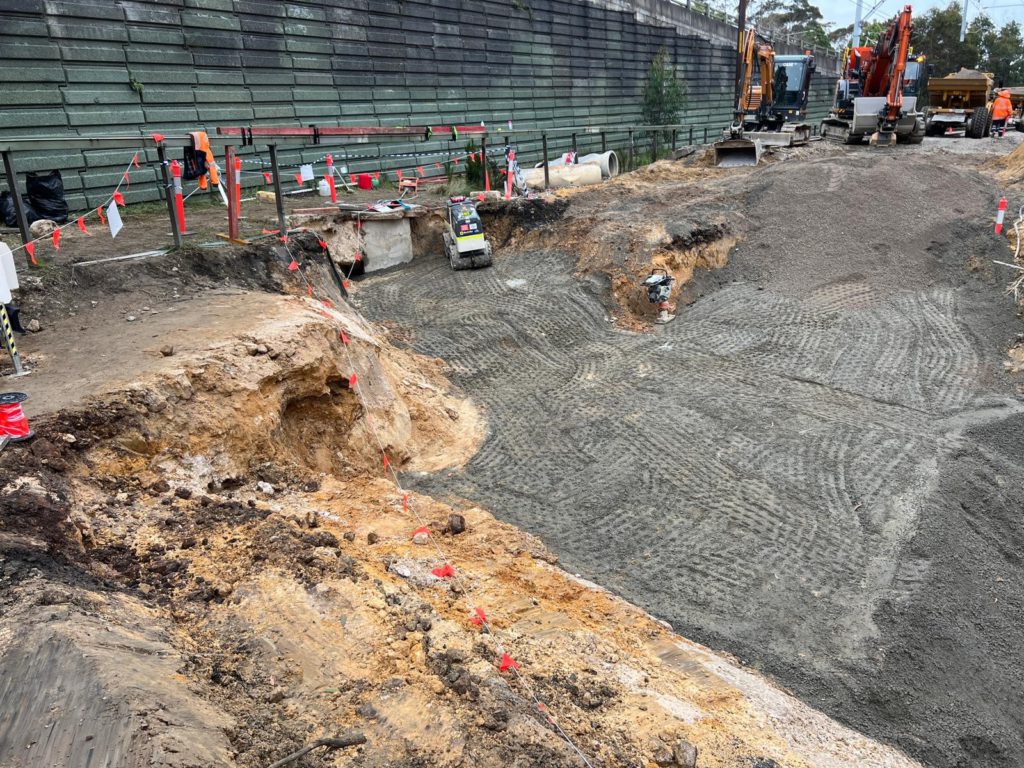 A 16-metre-deep sink hole is being filled in as part of the NSW Government’s works to repair and reopen the critical western rail freight line.

“The Transport for NSW team has been working 24/7 to get the line reopened,” he said.

“The extent of weather damage across hundreds of metres of track, culminating in the 16-metre sink hole, is staggering. Ballast and the track base underneath was washed away, and a culvert was damaged close to the Great Western Highway.

“TfNSW and Sydney Trains have had to effectively rebuild the entire section of track, while filling in the sink hole and ensuring the area is stable for trains to run on.

“The team has done a great job and removed more than 500 tonnes of debris and we expect to be able to open the line to freight this Saturday, 26 March, then to limited diesel-powered regional passenger trains such as the XPT, Bathurst Bullet, Dubbo and Broken Hill services on Monday, 28 March. 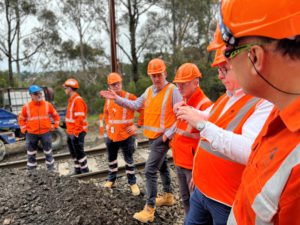 “As the electrical services are still out, the intercity fleet are expected to be back online on Friday, 8 April.”

Farraway said extra resources had been deployed to fix the sink hole and surrounding areas.

“I have been meeting frequently with the freight industry and know how critical this route is as part of their supply chains to deliver the primary products like food, minerals and coal to the industries that rely on them.

“I thank the freight industry for its patience and collaboration during this difficult time.”

The Blue Mountains Line is currently closed between Emu Plains and Lithgow.

Transport for NSW is working on a staged approach to re-opening the track to allow limited intercity passenger shuttle services between Penrith and Springwood this week, with buses continuing to replace trains between Springwood and Lithgow.

Customers are reminded to allow extra travel time and plan ahead at transportnsw.info and using live apps.