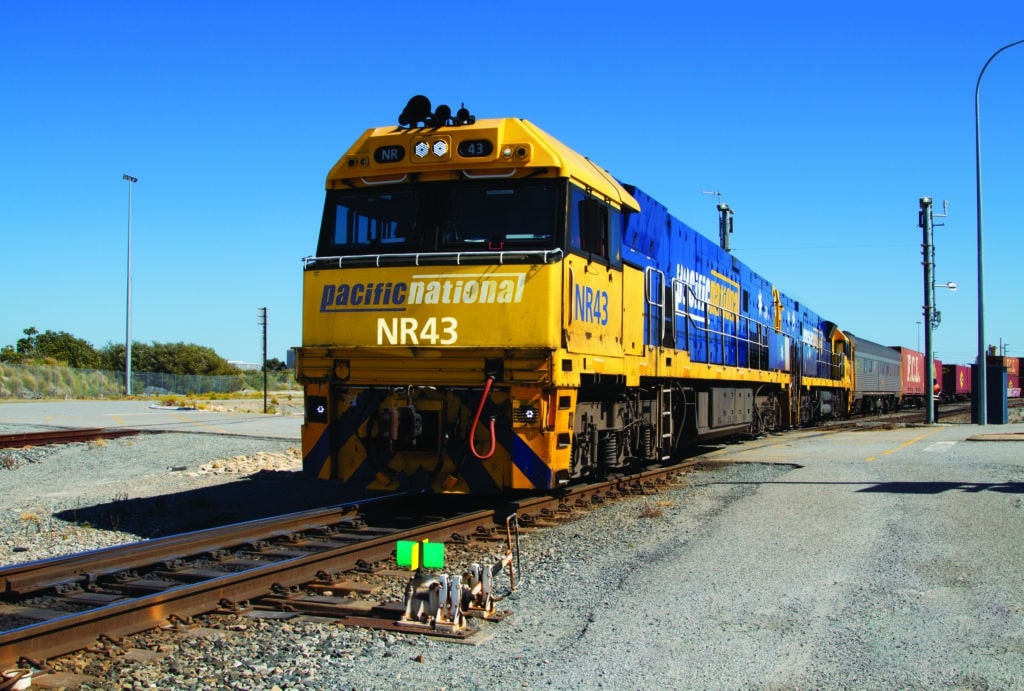 Company CEO Paul Scurrah said the rail freight business had secured an option over a large 540-hectare site to construct the terminal and develop a surrounding logistics precinct on the existing interstate rail corridor west of Melbourne’s CBD and port.

“Pacific National’s new Little River site is in a prime position on the main interstate rail line and close to the Princes Freeway, delivering efficient freight transport connectivity to nearby logistics companies, distribution centres, warehouses, shippers, and manufacturers,” he said.

“Close to Melbourne’s freight centre of gravity, Pacific National’s plans for Little River will help to shift more freight from road to rail until delivery of the Western Interstate Freight Terminal (WIFT).”

Scurrah said Pacific National is investing $20 million to secure land options in Little River and commence detailed planning and design works, with the aim for an 80-hectare intermodal terminal to be operational by 2026 and directly supporting more than 200 frontline rail freight jobs.

“In the future, the broader logistics precinct – serviced by the rail terminal – will feature extensive warehousing, cold storage, and re-fuelling facilities, generating more than 4,000 skilled jobs,” he said.

Pacific National’s Little River site is located near Melbourne’s major freight catchment zone to the west of the CBD, where more than 70 per cent of containerised rail volumes are concentrated, and conveniently only 39 kilometres by rail to the Port of Melbourne.

Scurrah said a Little River terminal would better service the major east-west market – a critical corridor in the national supply chain – where approximately three million tonnes of containerised freight is hauled annually by rail from Melbourne, to Adelaide, and then across the Nullarbor to Perth.

“The coronavirus pandemic accelerated the trend towards online shopping and created disruptions and delays in road and shipping operations, creating greater demand for rail freight services.”

Scurrah said Pacific National is securing key sites along the Inland Rail alignment to unlock benefits of the project and haul greater containerised volumes by rail not only between Melbourne and Brisbane, but also from Australia’s east coast to Western Australia.

“As Australia’s most trusted logistics partner we deliver what matters for our customers, including investing in new and improved rail freight infrastructure to help reduce traffic congestion, road accidents, and emissions in the overall national supply chain,” he said.

In recent years, Pacific National has invested $35 million to deliver regional Australia’s largest intermodal terminal at Parkes in the Central West of New South Wales and secured Acacia Ridge Terminal in South East Queensland via a $205 million acquisition – both are located on the alignment of the future Melbourne-Brisbane Inland Rail.

Scurrah said several government-sponsored studies confirmed the best location for a major Victorian interstate rail terminal was west of Melbourne’s CBD and port, in Truganina, rather than to the north.

“Unfortunately delays and funding blocks in progressing the WIFT option, including the proposed enabling infrastructure called the Outer Metropolitan Ring transport corridor, mean a terminal cannot be delivered in time to meet industry needs and ahead of completion of the Inland Rail in 2027,” he said.

Scurrah said a proposed terminal at Beveridge 55-kilometres north of Melbourne’s CBD and port would derail government plans to shift more freight from trucks to trains.

“Containers picked up by trucks and hauled from the port or a warehouse in Melbourne’s western freight zone will simply travel up the Hume Freeway (M31),” he said.

“It will always be cheaper for those large trucks loaded with freight to keep going, drive past the gates of a terminal in Beveridge and deliver their goods by road across the state border into NSW.”

“The $15 billion Inland Rail project is forecast to accelerate growth of container freight volumes on the interstate rail network to more than one million TEUs by 2035, making it critical for the Australian and Victorian governments to work closely together to deliver a future WIFT,” he said.

Pacific National estimates if a terminal was located north of Melbourne in Beveridge instead of west of the CBD and port it would mean: