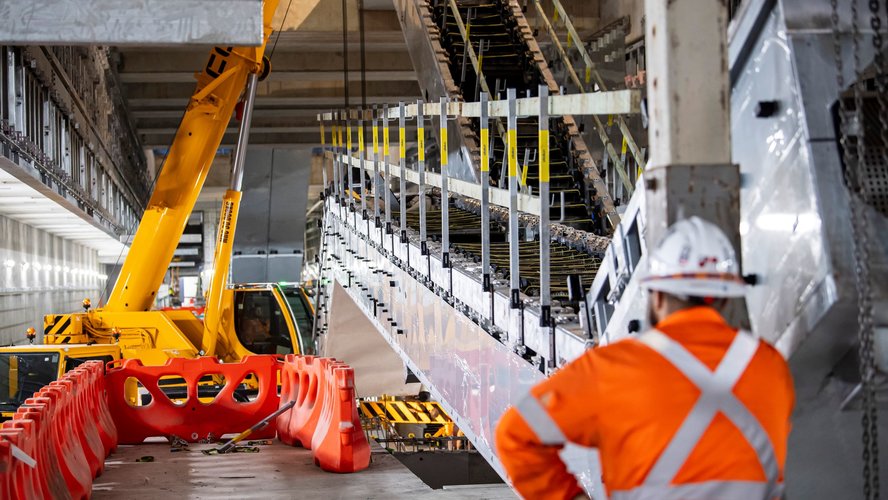 Construction continues inside the cavern and on the surface at Sydney’s Barangaroo station, with installation of station platforms and escalators recently completed.

The 170 metre long platform was made using 195 precast concrete sections, with each section weighing the equivalent of an SUV. The sections were delivered via the north shaft and lowered into the cavern before being transported into place.

Four brand new escalators were also installed at the station, each measuring in at 25 metres long. Barangaroo will have a total of 10 escalators installed in the station, with the remaining six to be installed by the end of the year.

The station is preparing for the lift installation, with the structural steel for the lift shafts going in at the end of April. The lifts will be operational in 2023, ready for the first metro customers in 2024.

The tracks are also getting ready to be laid and preparation is underway to start constructing the station entrance.

Above the surface, a new tower crane has been brought to the site sitting 70 metres into the sky. The station box has been waterproofed, and the stormwater runoff and piping has been installed, which has become extremely useful during the recent wet weather.

Barangaroo Station will improve access to the Walsh Bay Arts and Culture precinct and provide easy access to nearby public, residential, commercial and entertainment areas and the Barangaroo ferry hub. 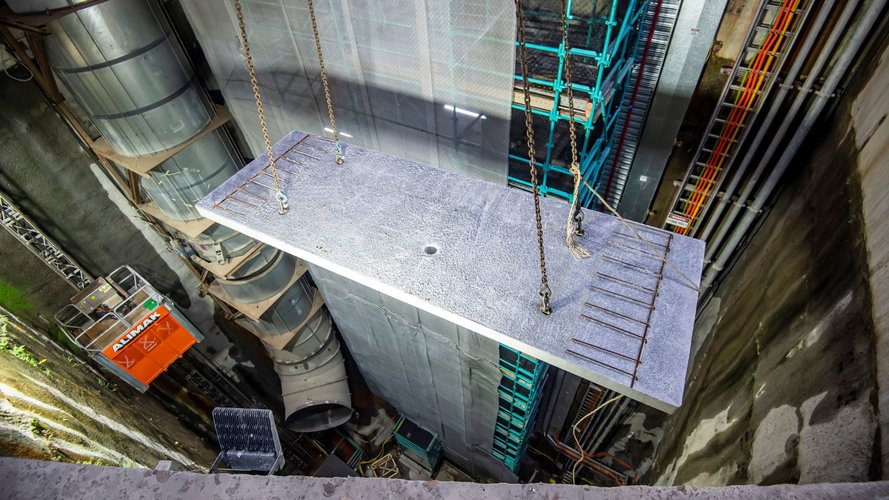