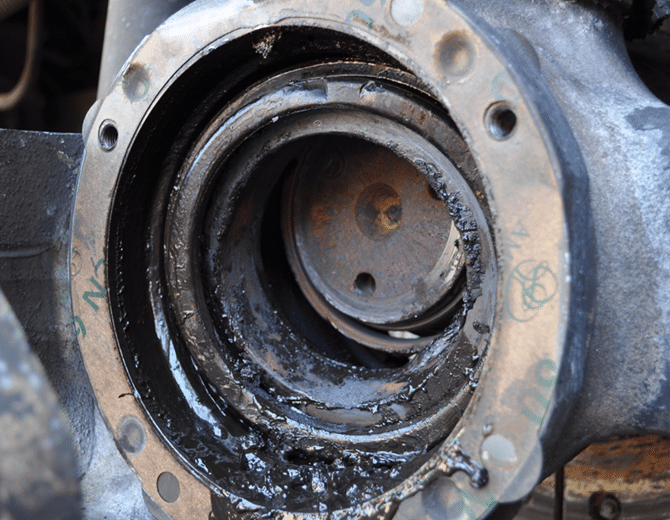 A fire which led to the evacuation of a NSW TrainLink service at Yerrinbool in the NSW Southern Highlands was the result of a collapsed axle bearing.

The Office of Transport Safety Investigations (OTSI) has noted the incident was likely after locking plate tabs were not fitted correctly during a bogie overhaul.

In October 2020, the two-car Endeavour train, crewed by a driver and train guard, and with about 20 passengers onboard, was operating from Moss Vale to Campbelltown when a guard in the rear cab heard a loud noise and noticed smoke outside the window. The guard then used the train’s bell system to ask the driver to stop.

The driver brought the train to a stand at Yerrinbool Station and the passengers were evacuated onto the platform.

After receiving permission from train control to access the track the driver attempted to extinguish the fire using an on-board extinguisher, but it continued to smoulder/burn before it was put out by Fire and Rescue NSW. There were no reported injuries.

Subsequent inspection determined that parts of the axle box were heat-affected and sustained significant damage to the speed sensor and rubber suspension components.

An investigation into the incident was undertaken by OTSI, which conducts rail safety investigations in NSW on behalf of the Australian Transport Safety Bureau.

About an hour before the fire, a wayside sensor at Burradoo had detected an elevated temperature, but the detection was below the threshold for an alarm to be sent to network control.

OTSI Chef Investigator Dr Natalie Pelham said the investigation determined the bearing failed when the axle end cap bolts loosened and one fractured, which caused the collapse of the bearing, resulting in frictional heat, and the fire.

“The axle bearing installation process was not sufficient to ensure the tabs on the locking plate were installed correctly during a refurbishment three months before the incident,” she said.

“It is likely that during this last overhaul, the locking plate tabs retaining the axle end cap bolts were not fitted correctly against the sides of the bolts.”

Following the occurrence, Sydney Trains – which provides maintenance for NSW TrainLink – initiated an inspection of similar axle bogies in the fleet, and undertook an audit of the practices of the contracted maintainer, United Group Limited Unipart (UGLU).

“Sydney Trains has advised improvements have been made to UGLU’s quality assurance processes to ensure bolts and locking tabs are correctly installed,” Dr Pelham said.

“This occurrence emphasises the significance of having adequate bearing installation processes and ensuring that axle bearings are correctly maintained and monitored throughout their operational life,” Dr Pelham said.

Fatigue blamed for near hit