The Suburban Rail Loop, Victorian premier Daniel Andrews’ mega-project for Melbourne, now has its own authority and a preferred route.

The planned 90-kilometre rail ring around Melbourne’s middle suburbs will be delivered by the Suburban Rail Loop Authority, appointed by Premier Andrews on September 3.

Andrews on Tuesday also further solidified the planned route for the loop, which will run from Cheltenham in the city’s south-east to Werribee in the north-west, interchanging with ten existing stations, including three ‘transport hubs’ at Clayton, Broadmeadows and Sunshine.

There are also five potential new stations planned for the route, including one at Melbourne Airport, which (if all goes according to the government’s plan) will already be connected by rail to the CBD by the time the Loop is built. 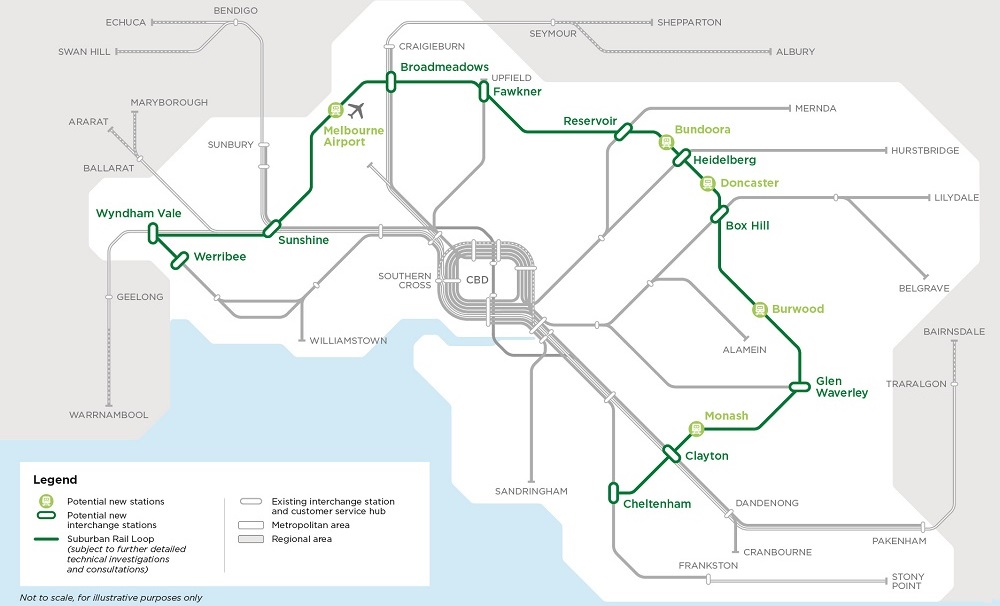 Premier Andrews said the new Suburban Rail Loop Authority would start its work this week, headed by incoming chief executive Nick Foa. Foa was most recently a deputy secretary with the Department of Health and Human Services, leading Sport & Recreation and serving as the Director of Housing.

“This dedicated new authority will ensure the biggest public transport project in our state’s history becomes a reality,” Andrews said.

“The Suburban Rail Loop will better connect Victorians to jobs, education and each other. We promised to get on with it, and that’s exactly what we’re doing.”

Andrews and his Labor colleagues made the Suburban Rail Loop a key promise ahead of the most recent state election, in November 2018.

The Suburban Rail Loop Authority will start work by consulting local governments, universities and other key institutions and stakeholders along the proposed route.

This consultation, along with geotechnical work already underway, will inform the development of a business case for the massive project, which has a cost estimate of at least $50 billion.

A registration of interest process for local and global firms has already begun for the project, with a targeted start date of 2022.

“I’m excited to work on this once in a generation project, which will create stronger connections between suburban Melbourne, create more open spaces and provide new opportunities for business in the suburbs,” Foa said.