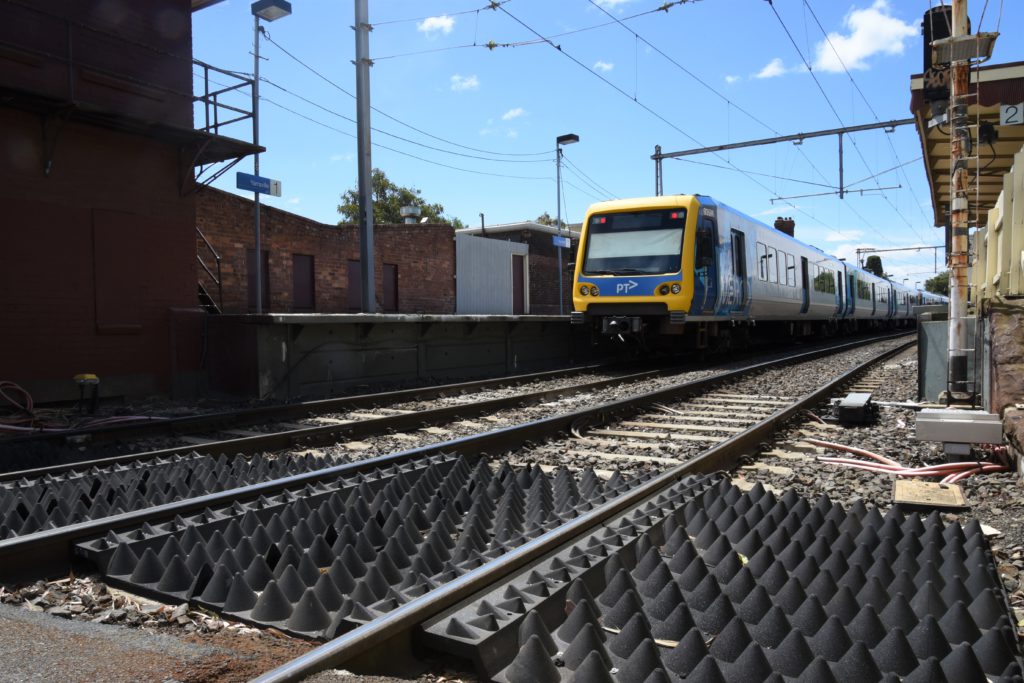 Metro Trains’ infrastructure crews have installed a new tool at Melbourne’s Flinders St Station to combat the dangerous and illegal act of trespassing.

Anti-trespass panels have been installed at the ends of the station’s platforms, which will mean fewer disruptions, and a safer network for passengers and staff.

The large panels have raised rubber pyramids, creating an unstable surface to provide a physical and visual deterrent to trespassing.

Last year, there were 3216 trespassing incidents across the Metro network, including 62 at Flinders Street Station.

That’s 280 cases of trespassing each month, putting lives in danger, causing significant disruptions to passenger services and in some cases, traumatic incidents that impact passengers and staff.

Minister for Public Transport Ben Carroll said whether it was through carelessness or recklessness, people of all ages were endangering themselves around trains and risking serious injury or death.

“We’re working to improve safety along our rail networks across Victoria and that includes anti-trespasser panels, railway fencing and crossing upgrades,” he said.

A single trespasser at Flinders St Station can potentially disrupt as many as 50,000 train passengers.

Metro CEO Raymond O’Flaherty said trespassing was incredibly dangerous and can cause significant trauma for staff and the community as well as unnecessary disruption to passengers.

“We are strengthening our response to trespasser incidents across the network to help keep people safe and ensure we keep trains running safely and reliably for Melbourne,” he said.

Trespassing can involve people taking a short cut across tracks at stations, walking along railway lines and ignoring warning systems at railway pedestrian crossings – all of which can cause fatalities and serious injuries, as well as significant service disruptions.

Stopping trespassers in their tracks