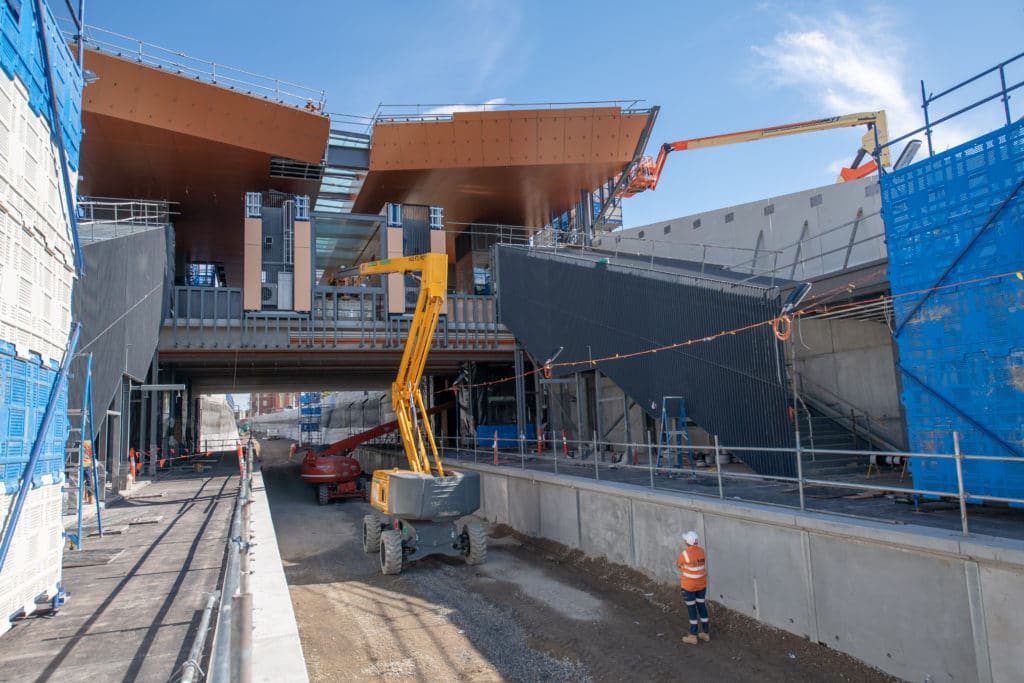 Progress to remove Melbourne’s 60th dangerous and congested level crossing at Glenroy Road and build a new station has reached its final stages.

The boom gates and rail tracks are now removed from Glenroy Road, with the projects construction team now finishing work on the new lowered rail trench.

A boom gate-free Glenroy Road will re-open to vehicles on Saturday, 14 May. Around 19,000 vehicles use this section of road each day, with the boom gates being down for around 43 per cent of the morning peak.

As well as removing the level crossing, the project will also deliver a brand-new Glenroy Station and station precinct, including improved local connections, shared use paths and new landscaping. Trains will stop at the new Glenroy Station from 9pm, Friday, 6 May.

Along with the new station, a new bus interchange will open adjacent to the station entrance on Hartington Street. The new interchange will create easier and safer access to and from Glenroy Station.

When the station concourse and building are completed later this year, the project will connect two sides of Glenroy, currently separated by the rail line.

Dowd Place, on the western side of the rail line, will be closed until mid-September, as the construction team completes the western station entrance and removes old rail track and railway infrastructure.