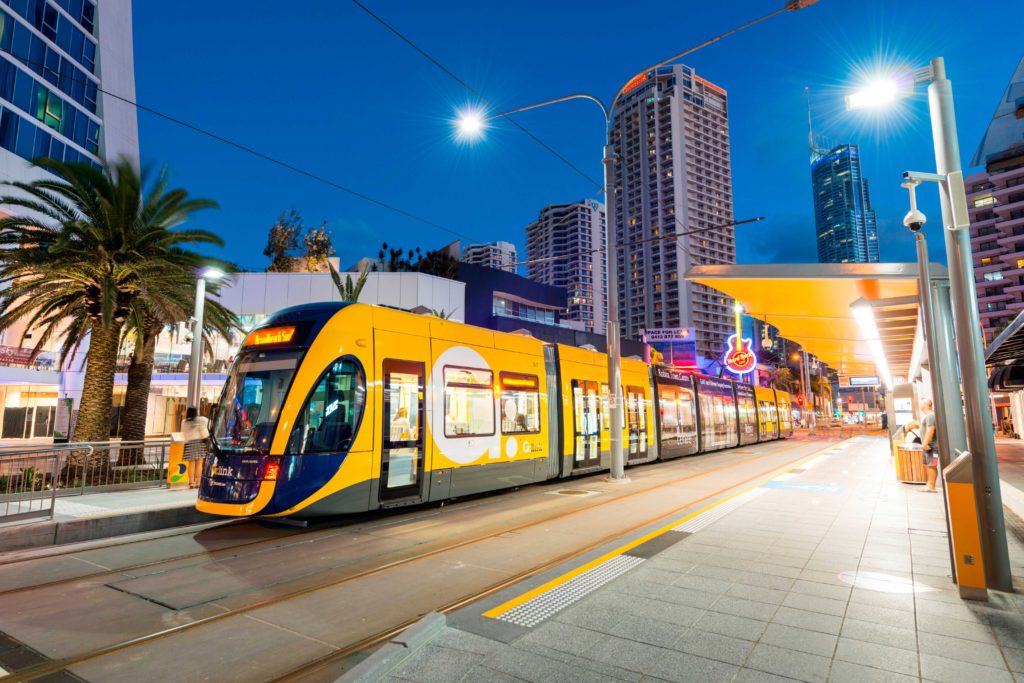 ALSTOM is to supply an additional five FLEXITY light rail vehicles (LRVs) on the Gold Coast.

When delivered the Gold Coast fleet will increase to 23 FLEXITY LRVs.

These additional vehicles are part of the Gold Coast Light Rail Stage 3 extension, following orders in 2010 (14 LRVs) and 2015 (4 LRVs). The five LRVs will preserve the unique appearance and feel of the fleet that was specifically designed for the Gold Coast.

The tram is 43.4 m long and 2.65 m wide with seven modules for higher capacity and better passenger flow. It features the signature blue and gold colours of the Gold Coast and is the first tram in the world designed and built to carry surf boards on specially designed racks.

These trams also feature the most powerful air-conditioning system for this class of tram, suitable for Australia’s hot summers.

The construction of Stage 3 will extend the tram network a further 6.7km from Broadbeach South to Burleigh Heads with eight additional stations to service more people along the Gold Coast.

With the support of Alstom, patronage on the Gold Coast has exceeded expectations, with more than 56 million paid passenger trips on G:link services, and a growth rate of 50.1% in total public transport use on trams and buses, since the introduction of light rail services in July 2014 based on pre-Covid patronage.

Alstom managing director, Australia and New Zealand, Mark Coxon said Alstom had “a significant presence in Queensland and we are proud to support the State’s growth and facilitate sustainable and safe transport for locals as well as tourists on the Gold Coast”.

“These five additional vehicles will make possible the expansion of the network and give people the peace of mind that comes when riding on Alstom’s high quality, safe and accessible LRVs.”

Alstom has been providing sustainable infrastructure solutions across Australia for more than 100 years and currently employs approximately 1,600 people across 25 sites that include engineering centres, manufacturing facilities, project delivery offices and maintenance depots & workshops. Alstom has delivered the largest installed base of LRVs in Australia, exceeding 250 vehicles.

The announcement from Alstom comes just days after the Queensland government released a video, showing the proposed route of Gold Coast Light Rail Stage 4, running between Burleigh Heads and Coolangatta.