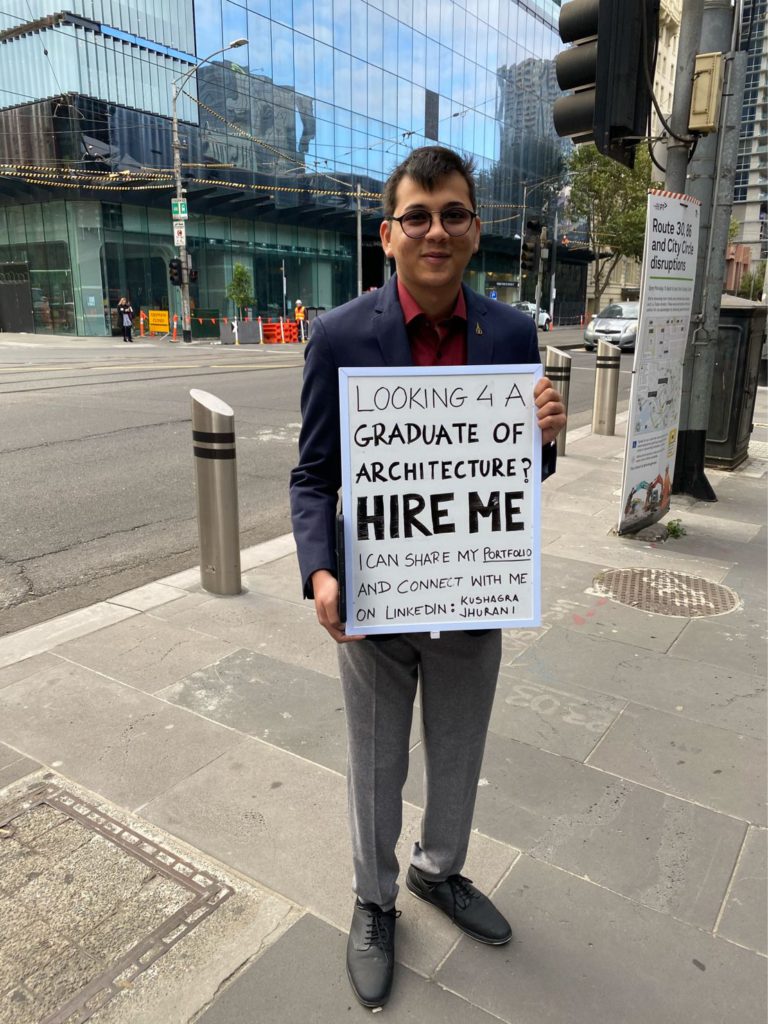 ‘Put yourself out there’ is the message from Kushagra Jhurani to job seekers, who took to the street in order to find a job with a major rail company.

Earlier this year graduate architect and job seekers Kushagra Jhurani had applied for at least 200 jobs across Australia without success.

He decided to hit the streets and make his resume public – standing opposite Southern Cross Station with a sign saying “Looking 4 a graduate of architecture? HIRE ME”.

In April, Metro digital engineering manager Scott Poll was heading to work when he spotted the graduate standing on Spencer Street with his sign.

“I thought that’s a young kid with a lot of courage to be able to do that, at one of the busiest intersections in the city.

When he got to the office, Poll thought he should go back and speak to the young man about a possible role, but when he returned, Kushagra had taken his search for work elsewhere.

Metro’s team of graduates then got online to begin the desperate search for Kushagra, and eventually found him on LinkedIn.

After exchanging messages and a formal interview process, Jhurani was offered a position as a draftsperson with Metro. He began work on 24 May.

“I never thought actually this would work. I am in awe to be honest, and I am very grateful to Scott that he took me in,” Jhurani said.

His advice for other jobseekers trying to break into competitive industries? Put yourself out there.

“Not necessarily what I did, but you shouldn’t be scared — you can only give your best shot.”