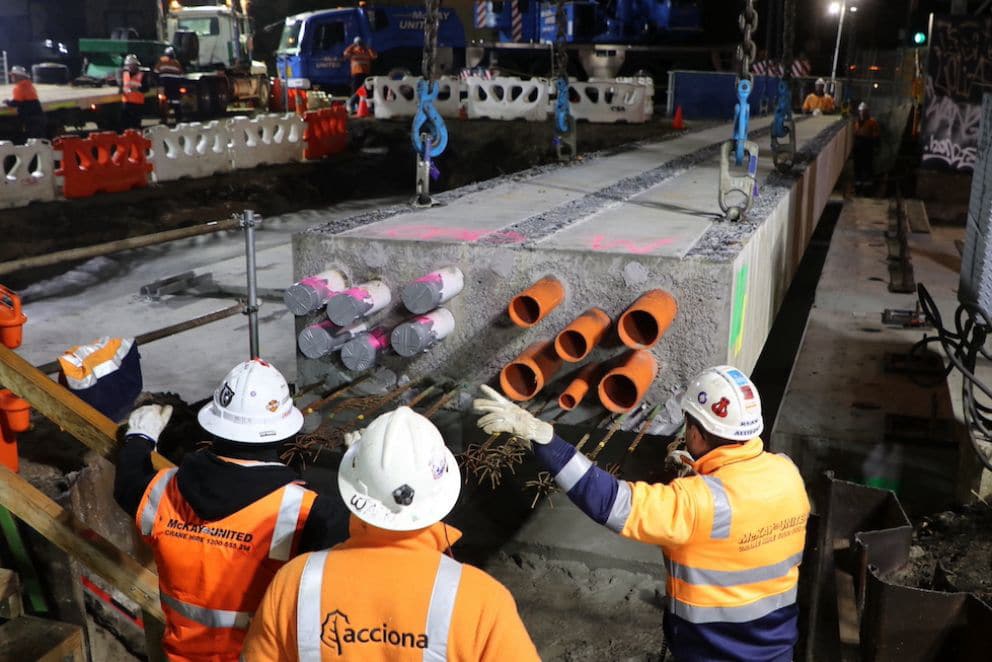 Victorian Level Crossing Removal project crews worked around the clock over eight days in July in preparation to remove two dangerous and congested level crossings at Neerim Road and Glen Huntly Road, with a new Glenhuntly Station planned in 2023.

While buses replaced trains on sections of the Frankston Line, crucial works were completed including extensive piling along the rail corridor. Piling will create strong and stable foundations ahead of digging a 1km walled trench next year to lower the Frankston Line under the two roads. In total, around 3000 piles will be installed to a depth of up to 18 metres along the rail corridor.

At Neerim Road, two cranes were used to lift into place a 20-metre-long and 51-tonne concrete beam, which will form part of the new road connection above the lowered line. For now, the beam has been installed under the rail line, but once the soil has been dug out from underneath, the beam will end up positioned above the new rail trench.

Along Royal Avenue, 15 Canary Island Date Palms were temporarily replaced. The palms were lifted out of the ground using a crane and the root balls were carefully wrapped in hessian and plastic. Once loaded on the back of a truck, the palms were driven to a specialist nursery at Keysborough where they will be temporarily planted and cared for, before being returned to Glen Huntly after major works are completed. 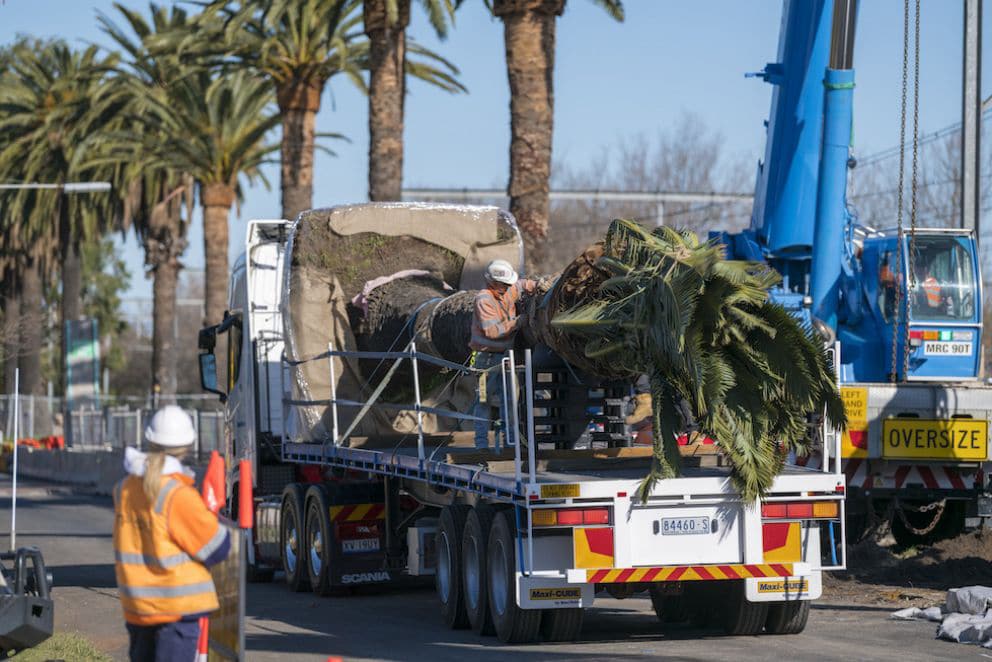 On platform 3, crews also demolished part of the station building and the platform, paving the way for the new Glenhuntly Station. It will feature a vibrant forecourt with landscaping and seating, leading to a new tram stop in front of the station to make it easier for commuters to connect to tram and train services.

Installation of a 20-metre-long service beam that will form part of the new Neerim Road connection above the lowered line.

The Glen Huntly Road level crossing is used by both trams and vehicles and features one of the last remaining tram squares in Melbourne. It makes it one of the city’s most dangerous level crossings as the manually operated crossing requires more than 200 trains passing through each day to travel at very slow speeds – causing huge delays for trams.

Other project features include stairs and lifts down to the station platforms, new car parking including 6 disability bays and 3 kiss-and-ride bays, secure bike cages, lighting and CCTV cameras throughout the precinct and a pedestrian and cycle path connecting Ormond and Caulfield.

A new pocket park will also open 700 square meters of land next to the rail line on Neerim Road, featuring shady trees and seating for the community to enjoy.

Once the boom gates are gone at Glen Huntly in 2023, the line will be level crossing free between Flinders Street and Moorabbin Station improving safety, reducing congestion and allowing more trains to run more often. The works have been fast-tracked, with the job done in 2024 — 1 year ahead of schedule.

Two more level crossings are being removed at Warrigal Road, Mentone and Parkers Road, Parkdale and a new Parkdale Station will be built by 2025.