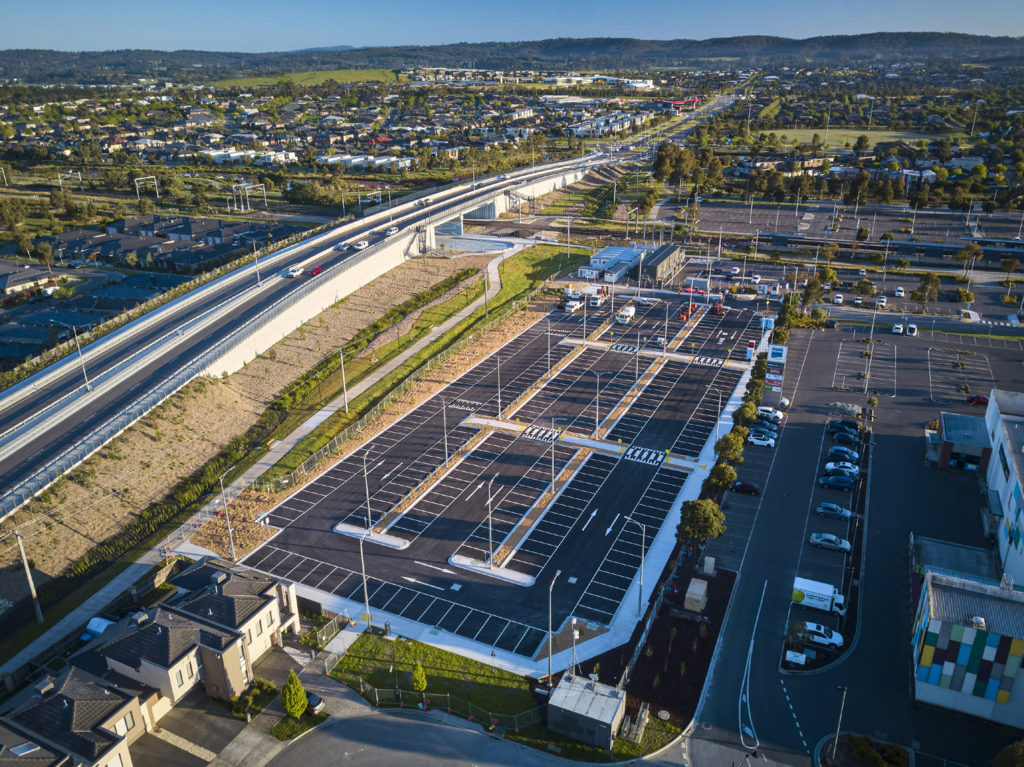 All works for the Cardinia Road Level Crossing Removal Project in Melbourne are now complete.

With the Henry Road intersection upgraded, and cars travelling through the intersection, the site sheds at Cardinia Road are being demobilised.

Since July 2021, crews have made improvements to the Henry Road intersection, including:

Safety and traffic flow have been improved at the Cardinia Road and Henry Road, Pakenham intersection, meaning the vehicles travelling through it each day will spend less time stuck at the lights.

Major works for Cardinia Road kicked off in October 2019 and the road bridge opened to traffic in December 2020.

In addition to removing the level crossing and building a new road bridge, the project created:

More than 23,000 vehicles travelled through the crossing each day, held up by boom gates which were down for up to a third of the morning peak.